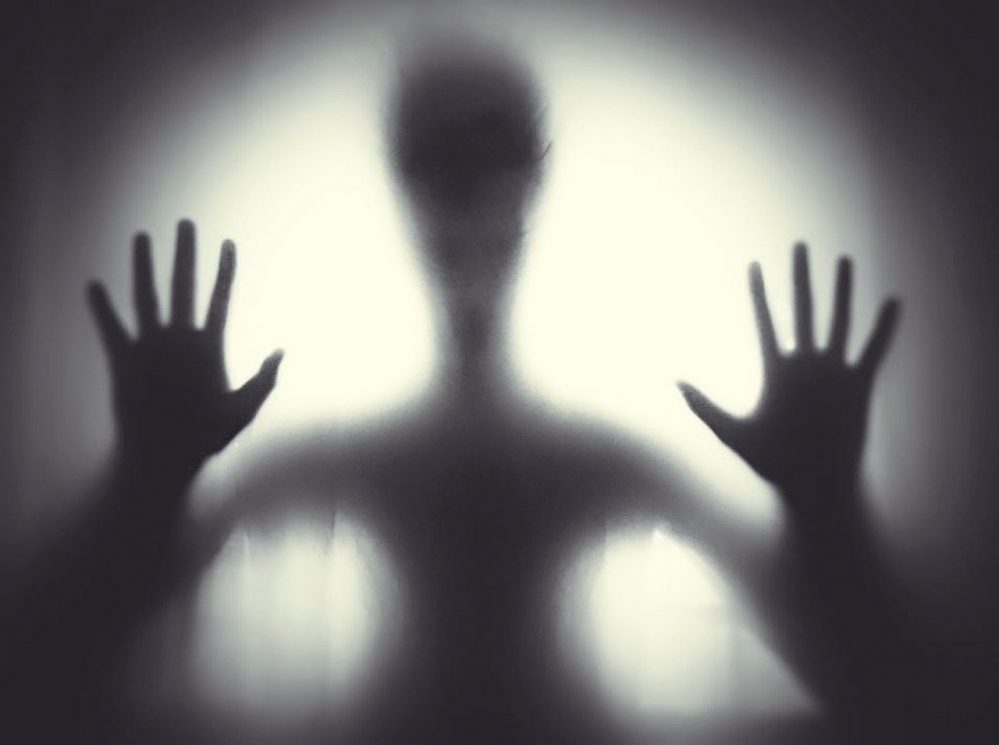 A 30-year-old woman, Amethyst Realm, who had stopped dating men 11 years ago to begin to “have sex with ghosts” now says she is into a serious relationship with one of them and is thinking of beginning a family with the chosen one. According to her, she plans to have a ghost baby with the new lover.

Amethyst who is a spiritual guidance counselor resident in the United Kingdom claims she has had sex 20 different times with ghost apparitions over the last decade.

She said that during a recent trip to Australia, she met her long-term lover which is also a spirit, and the spirit returned to London with her six months after their first meeting, adding that the relationship is getting stronger.

Though she is neither able to see her ghostly lover nor is she able to determine whether it is male or female, Amethyst says she can communicate with it and she feels a strong connection between them.

She narrated how she began to date her ghost lover.
“One day, I was walking through the bush, enjoying nature, I suddenly felt this incredible energy. I knew a new lover had arrived,” the young woman said. “It’s pretty serious, in fact we have been thinking about having a ghost baby. I know that sounds crazy but I’ve been looking into it and I don’t think it’s totally out of the question.”

Amethyst believes getting impregnated by ghosts is a possibility for some women but argues that because the human body and mind are not able to properly process the experience, the pregnancy will not go to term. In fact, she believes that phantom pregnancies can be explained as “ghost babies” that are trapped in human bodies. Still, she remains optimistic that she can find some way around these limitations: “I just haven’t worked it out yet.”

The spiritual guidance counselor claims she has always been able to communicate with ghosts; however, her first experience with paranormal sex was unexpected. She describes how she felt a presence in a home she moved into with her fiance 10 years ago. When her fiance went away on a trip, she decided to try and take things further.

“It was kind of like a weight, I felt a pressure on my thighs. At the same time physical breath, and stroking,” she described the experience.

After this occurrence, Amethyst believes that the ghost revealed itself to her fiance.
“I think it was in love with me too and it wanted me to end the relationship,” she recalls.

For Amethyst, her encounters with various spirits are always unique: “You can always feel the difference, it’s the same with different humans, they have different energies.”

Christopher French, a professor of psychology, believes he can provide a rational explanation for the experiences Amethyst has had: “‘Sleep paralysis is common — 20 to 40 per cent of people say they’ve experienced it — and is the state between sleep and wakefulness when you realise you can’t move. In a smaller percentage of the population, you get associated symptoms that can be very scary. One that’s commonly reported is a sense of a presence — something or someone in the room with you.”

Saxon is a prolific writer with passion for the unusual. I believe the bizarre world is always exciting so keeping you up to date with such stories is my pleasure
Previous Man Fakes His Own Death To Stop His Wife From Always Asking Him For Money
Next Taiwanese Tourist Bitten To Death In Kenya By Hippo He Was Trying To Photograph