Home / Europe / Mysterious Miracle House In Sydney Where Oil Oozes Out Of Walls, And Desperate Women Get Pregnant When They Enter Inside (VIDEO)

Mysterious Miracle House In Sydney Where Oil Oozes Out Of Walls, And Desperate Women Get Pregnant When They Enter Inside (VIDEO) 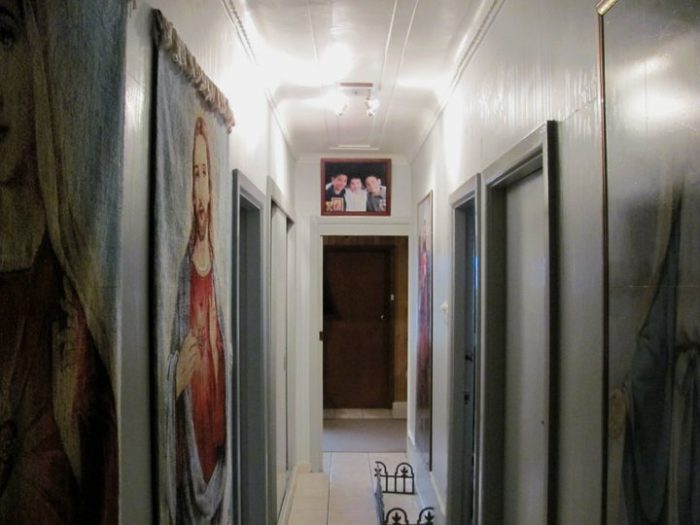 This house used to be an ordinary three bedroom home. But it has grown beyond that today due to some mysterious developments. The house is not just a huge tourist attraction but a mysterious miracle house where even desperate couples that have been told by medical experts that they will never get pregnant, actually become pregnant after getting inside the building. The house owned by owned by George and Lina Tannous now has miraculous healing properties.

The house is located in the suburbs of western Sydney and has now gained a reputation as a “miracle house”. Ash and oil leak from its walls in such a way that is reportedly “beyond science”. The homeowners, George and Lina Tannous, believe that the allegedly unexplainable phenomena are a sign from God and that they have also granted the house miraculous healing properties.

According to the pair, their house has the amazing ability to help other couples become pregnant, even in cases where they have received medical confirmation that pregnancy would be impossible. There is even one instance of the house reportedly curing a woman’s cancer.

The home owners said the mysterious oil first appeared in 2008, after George and Lina’s 17-year-old son, Mike, was killed in a car accident. They believe that the oil is a manifestation of their son’s spirit, and claim that over the years it has written his birth date on the walls using the oil, as well as a variety of Christian religious symbols.

“My son’s spirit is in this house. He loved God and Jesus. He has come to this house and the oil is his spirit,” the Tannous said. “’He was always religious. He carried Rosary beads and he had a cross tattooed on his back. He wanted to help people in life and this is his way of doing that in death.” 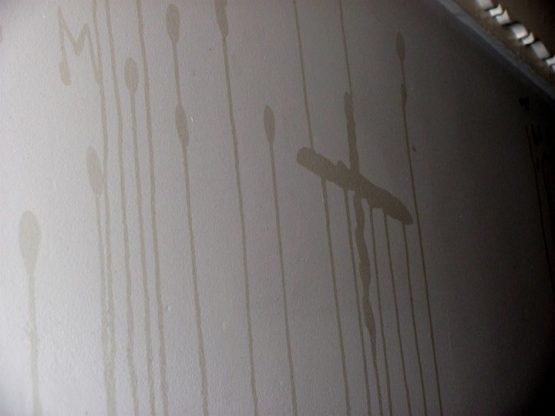 Scientists have attempted to unravel the puzzle behind the fact that oil comes out of the walls of the house. Extensive testing of the oil has been done over the years but no explanation of its origin has ever been given. All that has been discovered is that it seems to contain water, gold and a safe level of uranium.

One of the first “miracles” attributed to the house was a woman who became pregnant with her third child after praying there, despite her doctors insisting that pregnancy was highly unlikely.

Over a decade after the oil first appeared, people from all around the world are still coming to visit the house. Ít even has its own Facebook page, where many users are sharing remarkable stories about their visits to the house, such as: “’My friend came to the house five years ago for my son who was sick with Neuroblastoma – cancer at age 2.5 years. He is now 8.5 years and has survived from this horrible disease.” 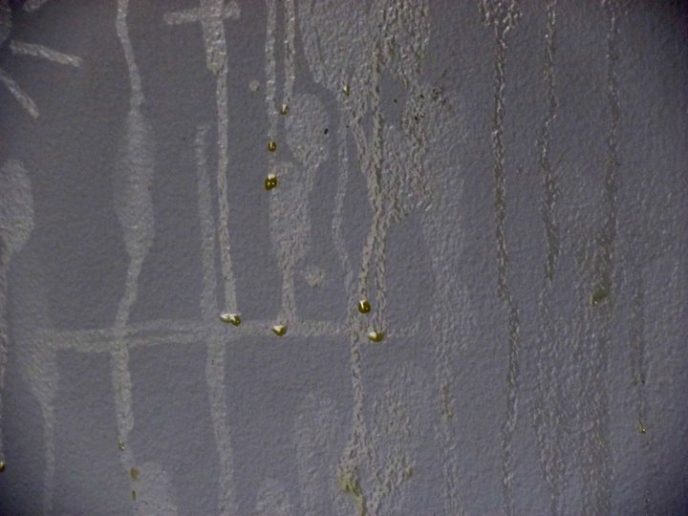 Not everyone seems to be buying the ‘mysterious miracle’ story claimed by the home owners. Tim Mendham, executive officer and editor of Australian Skeptics, said: “If I can be so cynical, the early photos show the oil at shoulder height, which was the right height for someone throwing it on the wall. Only now is it higher and on the roof,” he said.

People’s skepticism is not without precedent. Many such “miracles” have been disproven in the past. For example, in Sicily, a “weeping Madonna” statue allegedly shed tears with seemingly no rational explanation, and it was even recognized by the Catholic church as a legitimate miracle. However, it was later revealed to be a fake when a chemistry researcher was able to provide a rational explanation for the phenomenon.

However, Sydney’s Miracle House has been around for a decade, and so far no one has been able to explain why its walls keep oozing the mysterious oil. People from all over the world visit it every day, and some rub the oil on their skin, pryaing that it will miraculously heal their health problems.

“We collect the oil on cotton wool and allow people to rub it on their skin. It has helped cure people and has answered their prayers,” Lina Tannous said. “We don’t charge, there are no donations. We have open times from 11am five days a week.”

The fact that the Tannous don’t use their miracle house for profit or attention, even refusing to give interviews over the years, has only strengthened Christians’ belief that this is a true miracle, so they keep coming to it.

Saxon is a prolific writer with passion for the unusual. I believe the bizarre world is always exciting so keeping you up to date with such stories is my pleasure
Previous Viral Video! If You’re A Lady You Are Beautiful The Way You Were Born, Don’t Attempt This Madness!
Next Snake Killed In Front Of Office Of Anambra Varsity Lecturer Who Returned From Conference At Harvard