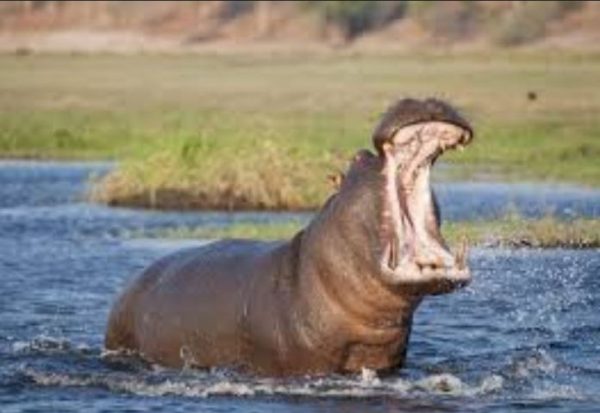 Tragedy struck in Kenya when a Taiwanese tourist was bitten in the chest by a hippo he was trying to photograph.

The deceased, Chang Ming Chuang, 66, was tracking the animal at a wildlife resort on Lake Naivasha, 90km (56 miles) north-west of the capital, Nairobi, reports BBC.

Kenya has no formal ties with Taiwan and recognises China’s claims over the island.

Witnesses said the two had come too close to the animal near the Sopa hotel. The bitten man was rushed to hospital bleeding profusely but later died.

“Our officers tracked and shot the animal after the incident,” said KWS warden Nelson Cheruiyot.

David Kilo, chairman of Lake Naivasha Boat Owners Association, told Kenya’s Star newspaper that rising water levels had reduced pasture areas for hippos, forcing them on to farms and hotel grounds, and increasing contact between the mammals and humans.

Six people have been killed by hippos in the area this year.

Hippos, which are aggressive, have sharp teeth and weigh up to 2,750kg (three tons), kill an estimated 500 people every year in Africa.

Saxon is a prolific writer with passion for the unusual. I believe the bizarre world is always exciting so keeping you up to date with such stories is my pleasure
Previous Woman Who Prefers Dating Ghosts To Men Says She’s Now Ready To Have Child With One Of Them
Next Viral Video! If You’re A Lady You Are Beautiful The Way You Were Born, Don’t Attempt This Madness!