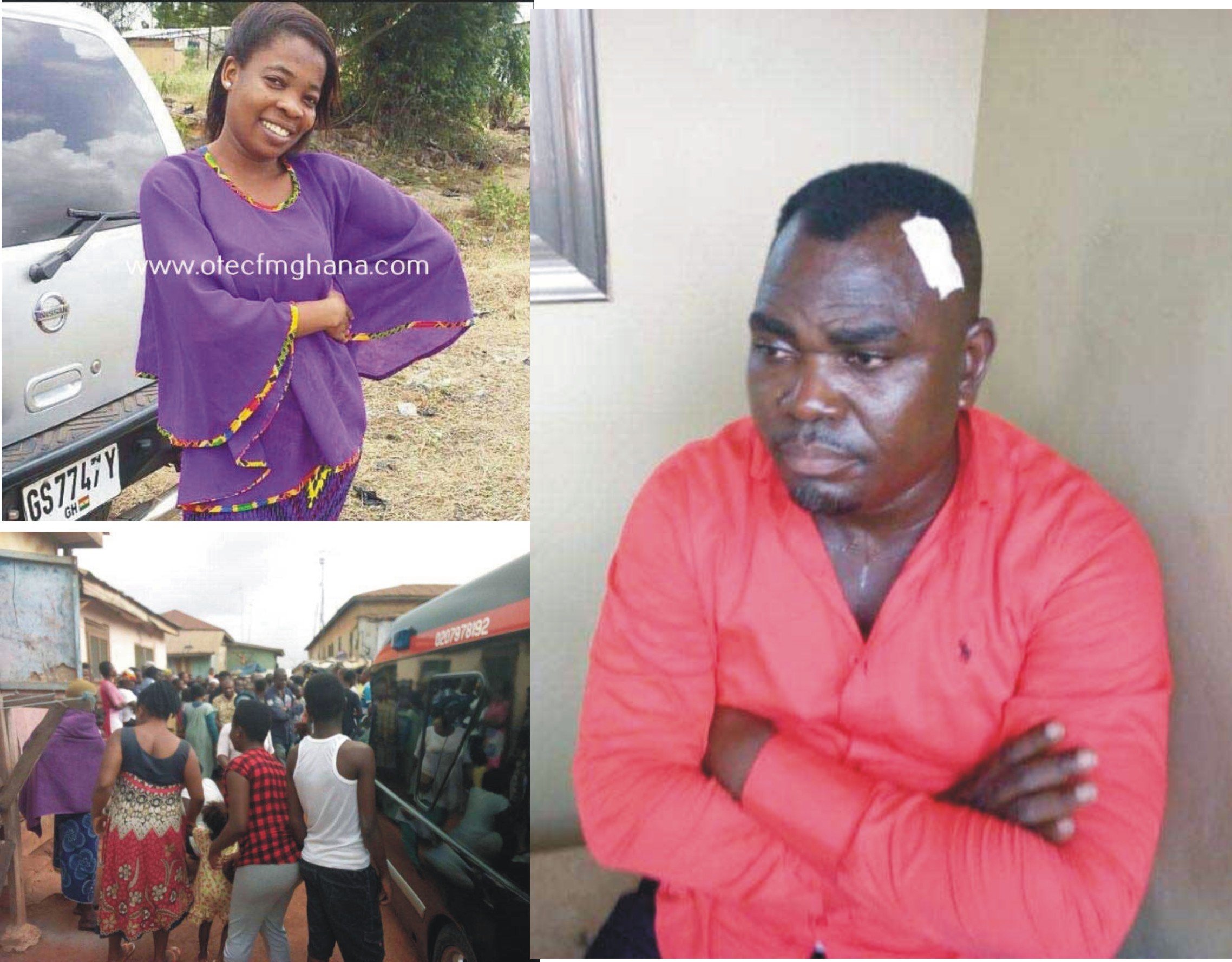 There was chaos in Ayigya area of Kumasi, Ghana, Wednesday, August 15, after residents woke up on to find a coffin with a corpse in it kept in front of a popular drinking bar.

It was reported that a vehicle from Accra, the nation’s capital, had dropped the coffin in the Ayiga, which is a suburb of Kumai in the Ashanti region. The driver of the vehicle, it was further alleged, was instructed to bring the coffin there by the Head Pastor of Spirit of Truth Ministry, Bishop Kingsley Harrison.

The deceased who has been identified as 26-year-old Attaa Ativor but her name was changed to Doreen Harrison by the same pastor when he adopted her at the age of 8 when her father, Togbe Ativor died.

A family member identified as Yaw Ativor, told Otec News, revealed that 10 years after adopting the deceased, the pastor brought back her remains to Ayigya without informing them.

The family said they rejected the corpse because the pastor did not inform them when Attaa took ill, neither did he tell them when she died. The source alleged that it was another family member who informed them of the death, reports ghpage.

In his reaction, the pastor, Bishop Kingsley Harrison, while speaking to Otec News, said:

“When Doreen died of asthma, I sent messages to the family at Ayigya about her death and the possible means sending the dead body but they refused. The body has been in the mortuary for 109, which comes with a high cost.”

“The family members gave me August 15 this year as a deadline to bring the dead body or I will face court action. I have no option than to bring it here this morning, which they have rejected,” the pastor narrated.

But Yaw Ativor identified as the family head rejected the pastor’s statement. He said:

“the pastor should have informed us when Ataa got sick and died. It was a family member who told us of her death. The pastor requested our presence in Accra for burial which we refused and that made us to him the ultimatum to send her here”.

“We will not accept the fact that she died of asthma, he must produce medical documents to the effect, because we find it strange why we were not told of her sickness and demise,” he angrily stated.

Both parties clashed over the remains of the young lady at Ayigya on Thirstday, August 15, leaving several people with various degrees of injuries.

The Kwame Nkrumah University of Science and Technology police has since intervened. The remains have been taken to the Komfo Anokye Teaching Hospital (KATH) Morgue whiles the Head pastor, Bishop Kingsley Harrison has been ordered by the police to produce medical documents of the deceased.

Saxon is a prolific writer with passion for the unusual. I believe the bizarre world is always exciting so keeping you up to date with such stories is my pleasure
Previous Snake Killed In Front Of Office Of Anambra Varsity Lecturer Who Returned From Conference At Harvard
Next Woman Lies In The Middle Of The Road To Protest Non-Payment Of 13 Months’ Salary In Benue