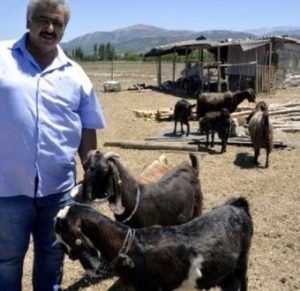 Football clubs are known to strike mouthwatering deals but this one is a bit weird or it can be described as milk-watering deal. A football club in Turkey has sold 18 players to buy 10 goats in order to earn extra money from milk sales to take care of the clubs other priorities.

The Turkish football club Gulspor, which plays in one of the lower divisions of the national tournament, sold the youth players to spend the proceeds on buying 10 goats in a bid to mend the club’s finances, CNN reported on Thursday.

The money earned was spent to purchase 10 goats, which reportedly would help the club to make additional 5,000 Turkish lira ($830) in the future from goat milk sales.

Gulspor FC President Kenan Buyuklebleb told CNN that the financial swap of players for goats came as a result of the club’s poor finances.

“We will have more income,” Buyuklebleb said. “We have acted in the interests of the team and also contributed to the country’s economic development.”

It is a bit bizarre to hear that there exists a club where 18 players are worth just 10 goats.

Vanko is a cheerful writer whose enthusiasm for unusual stories is inspiring.
Previous Drama As Anambra Varsity Male Lecturer Appears In Ph.D Class As ‘Transgender’ (Watch Video)
Next Rooftop Cattle Lowered In Karachi Amidst Cheers Ahead Of Muslim Festival (Video)