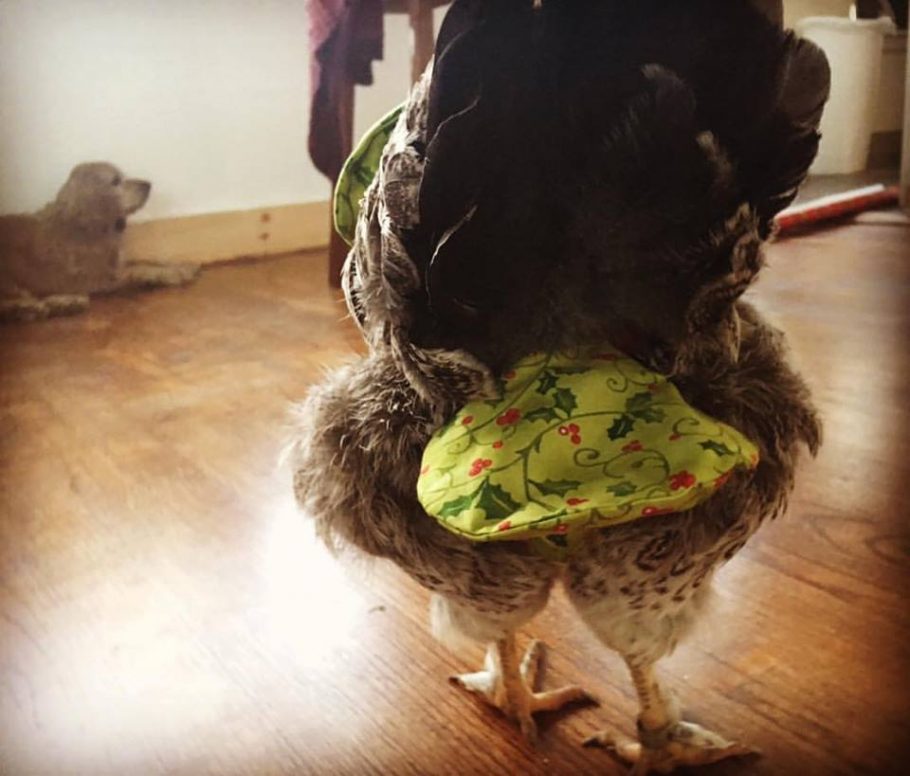 The preference of raising chicken instead of traditional pets such as dogs and cats among the elite in US has changed the fortune of a woman who cashed in on the trend by making fashionable chicken diapers.

Julie Baker is an enterprising woman from New Hampshire. She is someone with an eye for opportunities and when she saw that raising chicken was becoming a status symbol among the elite in New York, Denver and Los Angeles, she got into a new business line and territory.

One day, Baker saw a YouTube video of a chicken wearing diapers. That was when she comes considered sewing multiple cotton diapers for the Old English hen. She began to make gorgeous luxury diapers to suit the class of chicken owners she was targeting. In 2010 she opened an online with her daughter called Pampered Poultry, and before she knew what was happening, the business blossomed and Baker became a household name among chicken owners in the US. 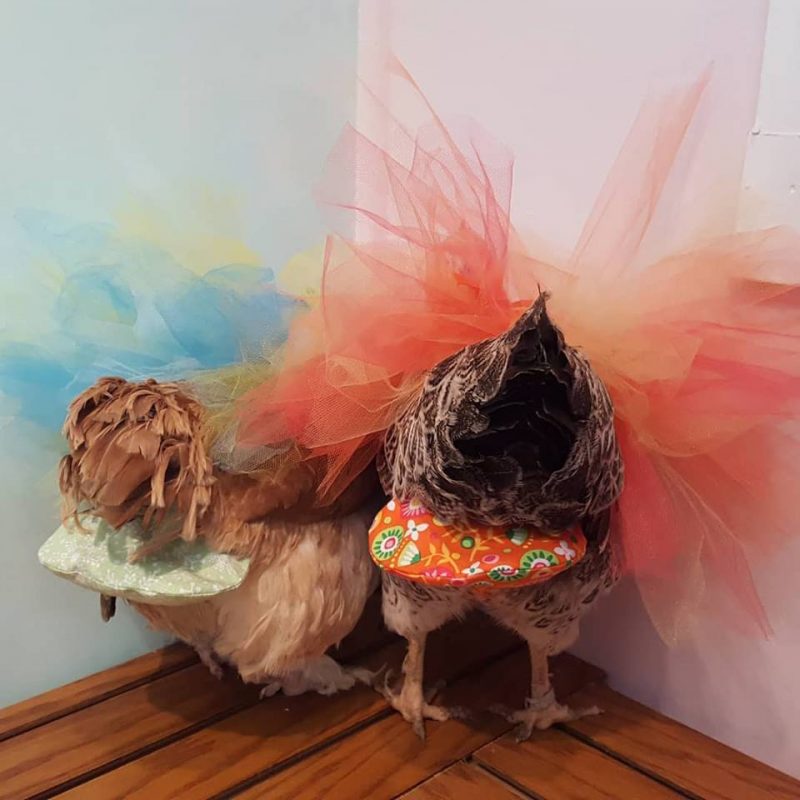 With one diaper selling at $18, Baker currently makes above $50,000 (about N18 million) and she sells between 500 to 1,000 diapers a month in all 50 states in the US. She has diversified into other chicken-dress business lines such as making feather guards and diaper dresses also, according to what she told The Outline.

What an impressive business sense.

But don’t think is crazy. The truth is that poultry owners have taken this trend to a whole new high, especially those who own chicken as pets.

Some of such owners even hire “chicken whisperers” at $225 per hour in order to make sure that they’re happy.

You will also find some owners who hire personal chefs for their chickens: “We thought we’d feed them leftovers, but our chickens end up eating grilled salmon, steak, fresh lettuce and organic watermelon,” owner Amina Azhar-Graham said.

The success story of Pampered Poultry shows how people now see chicken as pets, not just boring poultry business. What a new trend.

Saxon is a prolific writer with passion for the unusual. I believe the bizarre world is always exciting so keeping you up to date with such stories is my pleasure
Previous Ugandan Police Arrest Racist American Pastor Who Assaulted Hotel Worker In The Name Of Jesus (VIDEO)
Next See Chinese Millionaire Who Spends His Free Time Picking Up Trash From The Streets Of His City 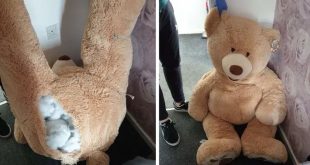