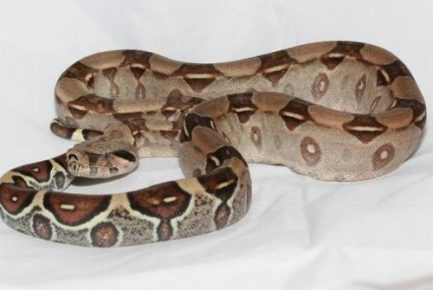 This is not a toy store but a pet store. A man walked into the pet store and went to the area where snakes are kept, picked one and shoved it inside his pants, then sneaked away. It then means the snake was a pet snake on sale. Sounds weird but here’s the story.

Police in South Carolina has disclosed that a man stole a red-tail boa constrictor from a pet store by shoving the snake down his pants.
The Florence Police Department said security camera footage recorded a man, estimated to be between 35 and 40 years old, walking into the unidentified pet store Aug. 10 and heading for the area where the snakes are kept.
According what the store owner told police, he heard a noise that he initially thought to be a rat moving inside a cage, but the suspect soon started to act suspiciously and hurried out of the store.
After taking a close look at the security camera footage, the store owner saw the man shoving the snake down his pants.
“It is very unusual,” Florence Police Lt. Mike Brandt told The State.
Brandt said it was a “very odd occurrence” for an animal to be stolen from an area pet store.
“Only goods, not pets have been reported stolen,” Brandt said of previous crimes reported at the stores.
Police is currently looking for the suspect an he could be charged with larceny.

Saxon is a prolific writer with passion for the unusual. I believe the bizarre world is always exciting so keeping you up to date with such stories is my pleasure
Previous Oldest Alligator In The World Is In His 80s And Still Looking Strong At Belgrade Zoo
Next Manufactured Home Half Falls Off Moving Truck