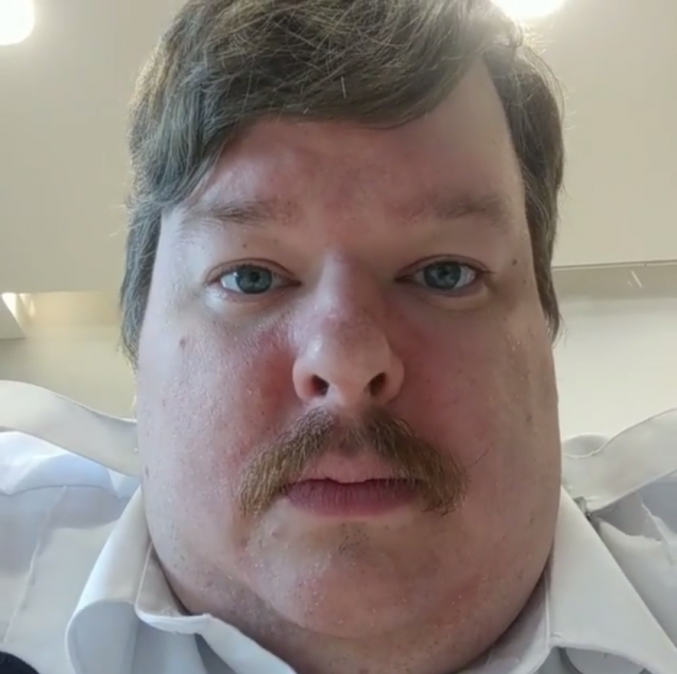 There are so many creative ways to go viral on social media. But very few knew about a hospital security guard’s strategy of using fart to conquer the world through instagram. That’s what a man identified only as Doug did for six months and went viral. But he got sacked by his employers for doing that in their uniform.

The young man at a hospital filmed himself farting at work for over a six month period and this got him sacked.

Doug runs The Fart Authority Instagram page which features dozens of videos of him farting at different times at work.

This man has 28,000 followers. In the footage, he faces the camera and passes lets one off to the delight of his followers who view as he uploads.

He told Vice: “The lobby has really great acoustics, and naturally, we all fart.

“One day I ripped a rather nice one and got really good sound from it, so the next time it happened I recorded it and sent it to my group chat.”

Doug’s friends loved the fart sound and suggested he take it to online.

He then posted his first fart to Instagram on March 25.

The ex hospital security guard who goes by the pseudonym Paul Flart, a nod to the hit film Paul Blart: Mall Cop, farted his way through the hospital, posting each pump to a loyal crowd of 500 followers for half a year,.

But then his fan base exploded when his account went viral which eventually saw him fired from his job at the hospital.

He had violated company policy which prohibits using phones on the job “an unusually high amount of times”, and when he was asked to stop, he refused.

Doug also filmed himself wearing his security guard uniform on private property, which is also a violation.

But he says people from across the globe contact him every day, saying the clips bring them joy which Doug claims he is “all about that”.

He is now making Paul Flart merchandise and music videos on his Instagram page.

What a hilarious way to go viral and get fired.

Saxon is a prolific writer with passion for the unusual. I believe the bizarre world is always exciting so keeping you up to date with such stories is my pleasure
Previous If You Have A Dog, May Be You Need To Sell It Off And Buy A Rooster As Your Guard After Watching This Incredible Video
Next ‘Civilized’ Alligator Uses Zebra Crossing To Cross Road In South Carolina (Video)