Man Pretends He Was Robbed, Slashes His Own Arms To Avoid Buying Girlfriend Expensive Car 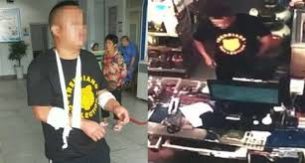 A young Chinese man who did not have enough money to buy his girlfriend an expensive car has taken a strange measure to avoid that stress.

The young man identified only by his surname, Tang, took his girlfriend, Yang and her two brothers to a car dealership to pay 700,000 yuan (RM421,000) for an ultra-expensive car that he promised to her Thursday, August 16.

As they got to the dealership, Tang told them to wait for him while he went to take out cash for the payment.

Instead, Tang ran to a nearby supermarket and bought a fruit knife for 15 yuan (RM9), not knowing that he was captured on CCTV making the purchase.

When he realized he could not afford to pay for the car, Tang decided to slash his arms with the knife to pretend that he was robbed. He hid behind a vehicle outside the supermarket and began slashing his arm with the fruit knife. 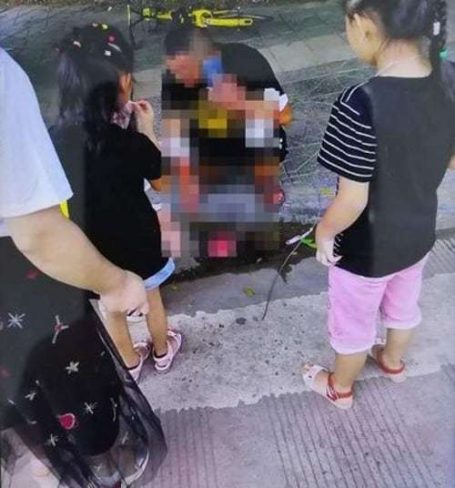 This plan did not work out as planned as his girlfriend Yang called the police immediately while her brothers rushed him to the hospital.

He had to confess to the police that he staged the whole robbery because he had earlier lied to his girlfriend about being wealthy even though he wasn’t.

Tang’s plan ended up landing him in police cell where he was detained him for 10 days and fined him 500 yuan (RM301).

Saxon is a prolific writer with passion for the unusual. I believe the bizarre world is always exciting so keeping you up to date with such stories is my pleasure
Previous Husband Attempts To Kill Wife As Fake Assassin But Only Flees With Her Chopped Off Fingers
Next This Two-Year-Old Boy Smokes 40 Sticks Of Cigarettes A Day (Watch Video)