The Great Banyan Tree Makes A Forest! See The Widest Tree In The World (Watch Video) 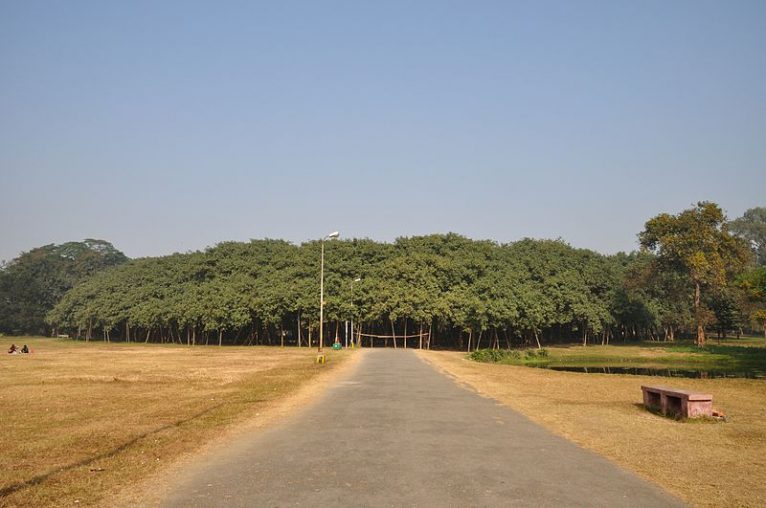 You must have agreed with the saying that “a tree cannot make a forest.” Well, you might have to consider your position on that statement after reading about The Great Banyan Tree in India.

You could see this Tree in the Acharya Jagadish Chandra Bose Indian Botanic Garden. When you see it from a distance, you could be forgiven for mistaking it for a forest.
The tree spans more than 14,493 square meters; it is the widest in the world—so large that it covers more ground than the average Wal-Mart. 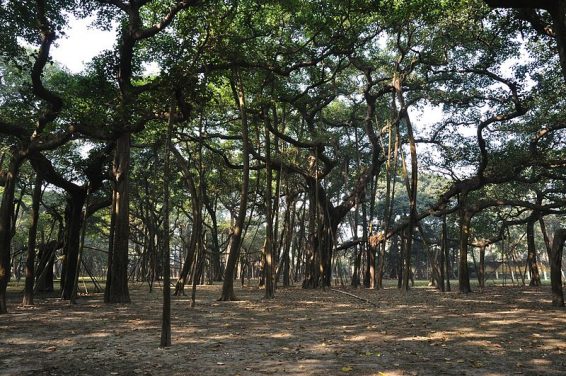 No one is quite sure exactly how old the Great Banyan Tree is due to a lack of official records, but experts estimate that the tree is at least 250 years old; the earliest references to the tree have been found in travel writing dating all the way back to the 19th century. The great Banyan tree has survived 2 major cyclones in 1864 and 1867; its main trunk was also infected with a deadly fungus. This infection meant that the main trunk of the tree needed to be removed in 1925.
Despite going through such a major surgery, the Great Banyan Tree has continued to thrive.
This is largely due to thousands of aerial roots that grow from the tree’s branches and go into the ground. This is what gives the impression of a full forest rather than a single tree.

“In 30 years, The Great Banyan Tree has grown over two acres,” explains Arabinda Pramanick, the joint director of the botanical garden. “The first boundary was built around the tree in 1985 and the second one in 2015. We have some open space around it for it to grow further.”
Taking care of this massive tree is also a huge task. It takes a 13-member team to take good care of the tree due to its complicated. Not only do they ensure the tree stays healthy, but they also “train” the roots to grow correctly:

“We make a bamboo channel by splitting bamboo poles and putting fertilisers in them. We then direct the tender prop roots into the bamboo channel positioned at such an angle that it can support the overhead branch. Soon the prop roots grow and attach themselves to the ground, supporting the branch. We then discard the bamboo channels,” explains M.U. Sharief, joint director of the Botanical Survey of India.
In Indian culture, banyan trees are among the most venerated. It is considered to be a sacred tree in various religions; for example, in Hinduism, it symbolizes longevity and represents the divine creator, Brahma. In Buddhism, banyan trees are also significant because it is believed that Buddha sat beneath one for 7 days after achieving enlightenment.

Saxon is a prolific writer with passion for the unusual. I believe the bizarre world is always exciting so keeping you up to date with such stories is my pleasure
Previous Woman Earns A Living Hugging Total Strangers, It’s Called ‘Curdle Therapy’ And She Earns N20 Million Yearly
Next Woman Suddenly Finds Dead Lizard In Salad After Taking Few Bites