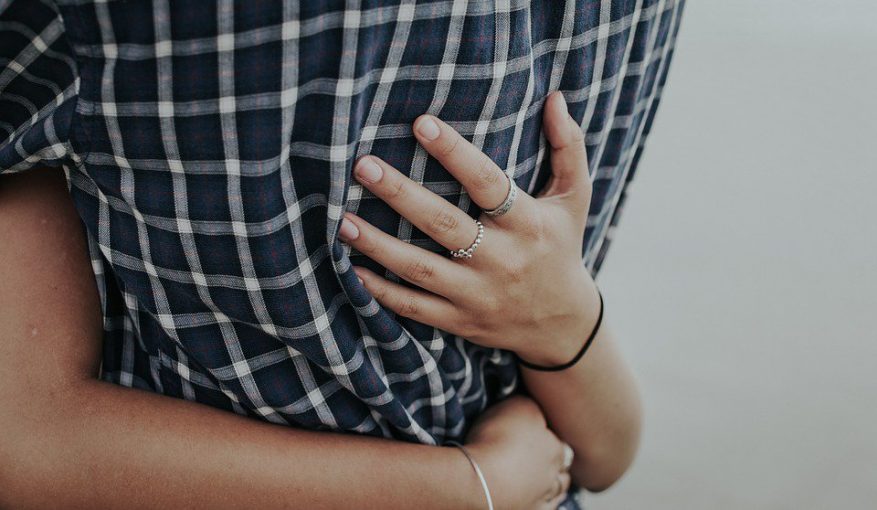 There are so many great jobs which people are excited to do and make serious money. But surely one of them is not what Jessica O’Neill does. The mother of three from Australia’s Gold Coast is a happy ‘Curdle Therapist’ who earns about $58,000 (about N20 million) every year by hugging people. She believes that physical touch is one of the things people neglect in daily life and the absence of this could lead to depression or mental health problems. She says her job is set to fulfil that need.

“I could see their anxiety and tension melt away. Then I could get to the core of their persona and do what I can to heal them,” O’Neill recently said.
According to Jessica, a typical session begins with meditation; she believes this helps her and the client connect on a “spiritual level”. Then they will have a short conversation about why the client has reached out: “Everyone has a totally different story. But the most common factors are loneliness, depression, isolation and anxiety. All of them just have that desire to connect with someone.”
You may think that this sort of business would attract all kinds of strange clientele, but Jessica says the majority of her customers are just ordinary people. The majority of her customers are male, but she also has a surprising number of female customers as well. While there have been a couple of “awkward experiences” since she started the business, Jessica feels the vast majority of her customers have nothing but respect for the boundaries she sets.
Jessica’s job seems not to be a problem to her husband, Jason, whom she says has been very supportive. This despite the fact that the nature of what she does is quite intimate and some male customers often have ‘funny experiences’ when she begins the therapy.
“Jason is very supportive and completely gets it. He loves what I do, and thinks it’s really beautiful.”
Despite many people thinking she must be crazy for doing such work, Jessica is confident that she’s made the right choice: “It’s so much more rewarding than just massage or counselling. I feel like it’s what I was put on this Earth for.”
You might be wondering why Jessica O’Neill’s cuddling business been so successful despite its weird nature.
This is so due to the fact that the unprecedented interconnectedness of the digital age not withstanding, many people are now, ironically, lonelier and more isolated than ever before. For people whose lives lack physical interaction, cuddle therapy can have a dramatic effect on your mental well-being, as most psychologists agree that physical contact with other humans is important for our mental health, writes oddity central.

Saxon is a prolific writer with passion for the unusual. I believe the bizarre world is always exciting so keeping you up to date with such stories is my pleasure
Previous Woman Scammed Into Marrying Total Stranger After She Was Told It Was Just A Mock Wedding For A Job
Next The Great Banyan Tree Makes A Forest! See The Widest Tree In The World (Watch Video)