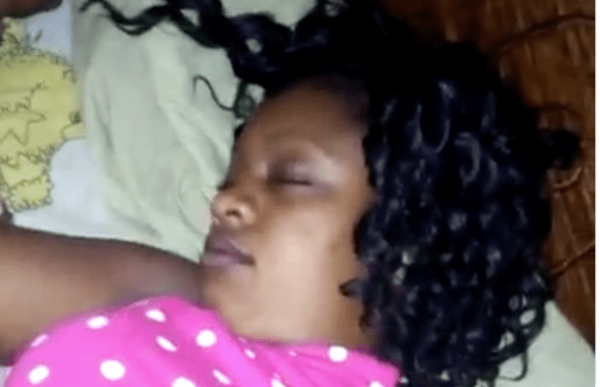 Police in Zambia are currently in search of a man who is behind the viral video showing a man advertising a drunk woman’s private part.

The police launched the investigation to apprehend the suspect in connection with a video that has gone viral on social media in which a man is seen fondling drunk woman’s private part while inviting others to sleep with her.

In the one minute twenty seconds video, the man boasts he had bought so much beer deliberately to intoxicate the woman and have sex with her thereafter.

He is seen moving the woman’s pant to the side, exposing her private parts.

He also invites other men to join him saying he had gotten tired of having sex with the woman.

“Guys mu tag muona katundu uyu? So wamene afuna achombeko, yamwa yakolewa. So guys imwe katundu benangu mulibe nichitozibilatu. Katundu uyu, ku utomba usiku onse kulema naye uku manje, ablaka ka, ise be tiziba ku gula moba tagula moba, gelo ikolewe, agonna, katundu very nice,” he speaks in local language which can be translated as; guys do you see this property? So whoever wants to sleep with her, she drunk so much beer and she is too drank now. So guys, I know that some of you don’t have property. Here is property, I slept with her the whole night and now I am tired, she blacked out. Us who know how to buy beer, bought beer so that the girl can drink and get drank, she is sleeping now. Very nice merchandise),”

He continues speaking in his mother language saying, “So apa nifuna ni tombeko ka last but nilibe ochita invite so ngati kuli muntu aliko pa fupi napa Petauke, nilipa Petauke nalema nayo katundu iyi, bwelani tichaye (So I want to have s*x with her for the last time but I don’t have anyone to invite so if there is anyone who is near Petauke, I am in Petauke, I am so tired of this merchandise, come we do it).”

Meanwhile, police in Zambia have urged the public to delete the clip from their gadgets if at all they have it as the suspect is being hunted.

Saxon is a prolific writer with passion for the unusual. I believe the bizarre world is always exciting so keeping you up to date with such stories is my pleasure
Previous Man Chops Off His Nose And Ears To Look Like Living Human Skull
Next Bride-To-Be Cancels Wedding After Guests Refused To Pay $1,150 Attendance Fee