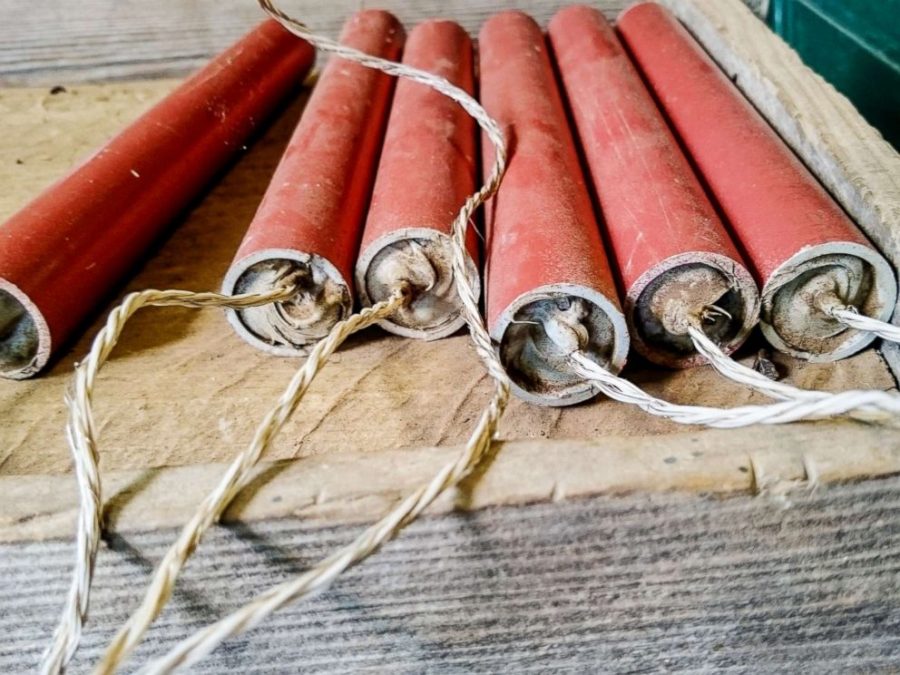 A woman in Connecticut, USA, has made a near fatal mistake after she mistook a stick of dynamite she found at the basement of her new home for a candle stick, ABC New York station WABC reported.

The woman’s home on Lindley Street in Bridgeport, Connecticut, had lost power due to a thunderstorm Thursday night, and the family came back from a trip to Home Depot empty-handed, since the store was closed, WABC reported, citing the Bridgeport Fire Marshal’s Office.

The family then remembered that there was a box of what they believed to be candles in the basement that had been left by the previous resident, fire officials said.

The victim lit a quarter-stick of dynamite and suffered serious injuries to her face and loss multiple fingers in her hands.

The woman, in her 30s and the mother of two children, was transported to a local hospital after the accident.

Reports say that Neighbors heard a loud explosion inside the house.

The woman’s entire family – including a small child – was home, but no one else was injured, according to firefighters.

Fire officials described the incident as a tragic accident.

Members of the Bridgeport Fire Department and Connecticut State Police removed another dynamite device from the home, later detonated and disposing of it, according to WABC.

Saxon is a prolific writer with passion for the unusual. I believe the bizarre world is always exciting so keeping you up to date with such stories is my pleasure
Previous Police Pullover 8-Month-Old Baby, You Won’t Believe What Happened Next (Watch Video)
Next Hundreds Of Bicyclists Ride Nude To Celebrate This Year’s Annual World Naked Bike Ride