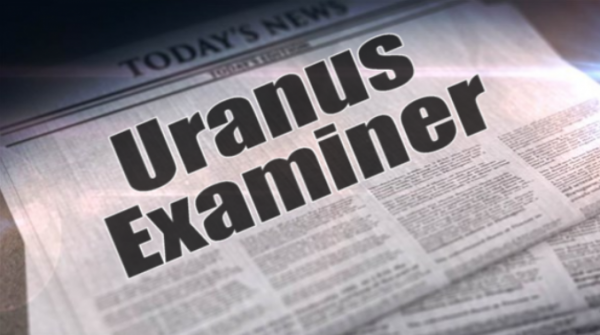 Newspapers come with different titles to express uniqueness but this one seems to have put off its potential readers on arrival. The newspaper is entitled “Uranus Examiner” and residents of the city where it is based say they think the name “stinks”.

The newspaper was launched in a tiny Missouri town and residents of the town are not impressed by that name, reports New York Post. Uranus is the name of a tourist city in Missouri, USA.

Uranus is the eastern town’s official name but the mayor of a neighboring city has threatened to boycott the weekly paper over the crappy imagery,according to the local station Ky3.com.

“No. I’m sorry. But the innuendo of that title puts the city up for public ridicule,” Waynesville Mayor Luge Hardman said at a chamber of commerce meeting, where the paper was unveiled.

And some residents feared they’d become the butt of an international joke.

“That name does not indicate a serious newspaper,” said Darrell Todd Maurina, owner of the nearby Pulaski County Daily News.

But the paper is a credible free news source that shouldn’t get a bum rap, managing editor, Natalie Sanders, told the Springfield News-Leader.

She hopes to “fill the void” in local news coverage by sending it out to 15,000 people living in Uranus and neighboring areas, she said.

She’s not backing down over the backside controversy. “I’m sorry but we’re not changing the name,” she said.

The Uranus Examiner was unveiled at a chamber of commerce luncheon Wednesday after the area’s main local paper, Waynesville Daily Guide, was shut down.

Uranus has a population of just 25 and is a destination for offbeat roadside attractions. It has a fudge factory, a tattoo parlor and an indoor ax-throwing facility called The Uranus Axehole.

Saxon is a prolific writer with passion for the unusual. I believe the bizarre world is always exciting so keeping you up to date with such stories is my pleasure
Previous Chilean Community Where Residents Have To Remove Their Appendix Before They Can Live There
Next German Athlete Banned From Restaurant For Eating Too Much, He Eats Up To 100 Plates In One Sitting