Airline Misspells Own Name On Plane 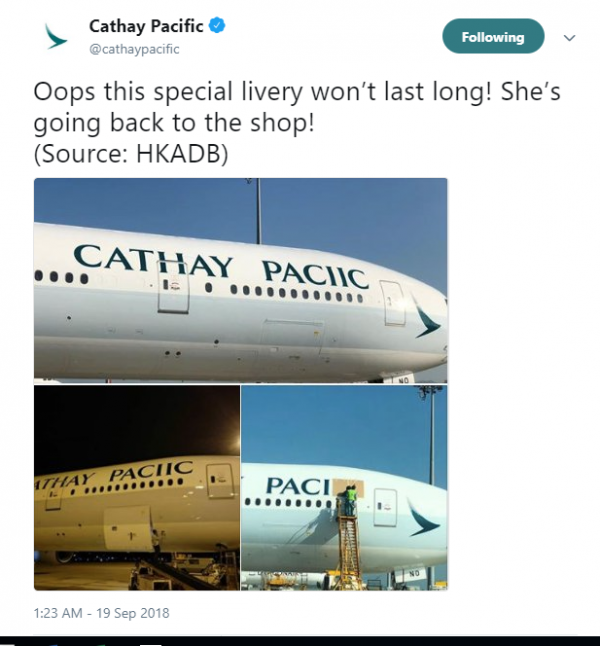 A Hongkong based airline briefly faced international embarrassment after it mispelt its own name on one of their planes.

The airline had to send the plane back to the paint shop after the company’s name was spelled incorrectly on it.

Hong Kong-based Cathay Pacific painted its name as “Cathay Paciic” on the side of the jet.

Some eagle-eyed travellers spotted the mistake at Hong Kong International Airport and contacted the airline.

“Oops this special livery won’t last long! She’s going back to the shop!” the company joked on Twitter.

The airline said it was a genuine mistake, although some in the industry said it was inexplicable.
“The spacing is too on-point for a mishap,” an engineer for Haeco, a sister company of the airline, told the South China Morning Post .

“There should be a blank gap in between letters if it was a real mistake I think.”

This came off as an international embarrassment to the company though they joked about it on twitter.

(With Reports from BBC)

Saxon is a prolific writer with passion for the unusual. I believe the bizarre world is always exciting so keeping you up to date with such stories is my pleasure
Previous German Athlete Banned From Restaurant For Eating Too Much, He Eats Up To 100 Plates In One Sitting
Next Woman Defecates On Police Officer’s Face To Resist Arrest