Five young squirrels have been freed by wild life officials after their tails were hopelessly entangled in their mother’s nest. 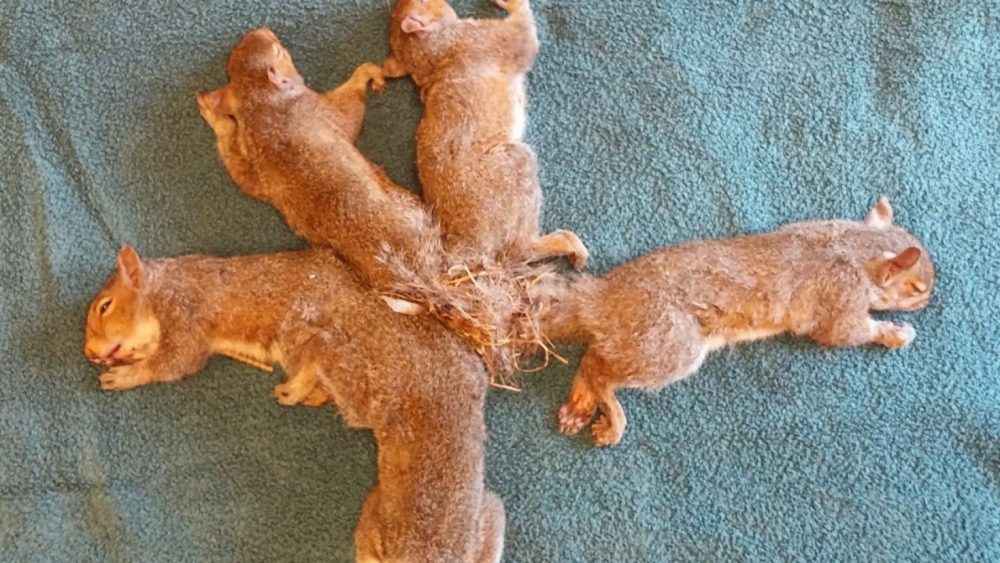 The wildlife rehabilitators in Wisconsin, USA, worked to untangle the tails of five young squirrels after they became “hopelessly entangled” in their nest.
The “Tale of Five Tails,” as the Wisconsin Humane Society’s (WHS) wildlife rehab program dubbed it, started when someone spotted the juvenile grey squirrels and reached out for help.
Their tails had become entwined with “long-stemmed grasses and strips of plastic their mother used as nest material,” the Wildlife Rehabilitation Center wrote on Facebook.

Rehabbers anesthetized the squirrels and carefully worked to detangle the little tails — a puzzle the Humane Society jokingly described as a “Gordian Knot,” a reference to a challenge faced by Alexander the Great, according to ancient lore.
“It was impossible to tell whose tail was whose, and we were increasingly concerned because all of them had suffered from varying degrees of tissue damage to their tails caused by circulatory impairment,” the post read.

Saxon is a prolific writer with passion for the unusual. I believe the bizarre world is always exciting so keeping you up to date with such stories is my pleasure
Previous Do You Know That Two Men With The Darkest And Lightest Skin Colour On Earth Are Both Black Men?
Next Best Student In Advertising Gets 18 Cups Of Beans, Pawpaw, Yam Tuber and Handshake From SUG President