‘Dead Body’ Found In Forest Turns Out To Be Sex Doll, Police Say

There was mild drama on Thursday afternoon after police received report that a dead body was seen in a nearby forest but when they got there they discovered it was a life-size sex doll.

The “body” reported near an Ohio forest preserve Thursday afternoon turned out to be a sex doll, according to the police.
County engineers in Colerain said they saw what they thought was a body wrapped in a garbage bag on a hillside near Richard Forest Preserve, Cleveland’s FOX 8 reported. Colerain is about a 25-minute drive north of Cincinnati.
Responding officers initially had trouble getting to the site, WCOP-TV reported. Police called a coroner to the scene. 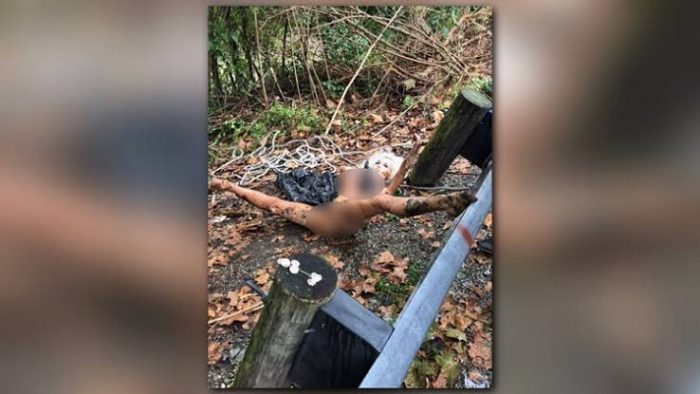 When coroners removed the “body” they found a life-size female sex doll. From a distance, authorities said the doll looked lifelike.

Saxon is a prolific writer with passion for the unusual. I believe the bizarre world is always exciting so keeping you up to date with such stories is my pleasure
Previous Chinese Farmer Makes Herself a Gorgeous Wedding Dress Out of 40 Discarded Cement Bags
Next Woman Fakes Pregnancy For Nine Months To Prevent Partner From Ditching Her