Woman Denies Husband Sex For Months Because He Is Jobless

A Zimbabwean man has dragged his wife to court for denying him sex ever since he lost his job yet still visiting his home. The woman had left him to live with her parents as part of plans to deny him sex.

The Bulawayo man, Sineke Dube, claimed from the time he lost his job in 2015 his wife, Thembelihle Mguni , with whom he has one child has been starving him of sex. 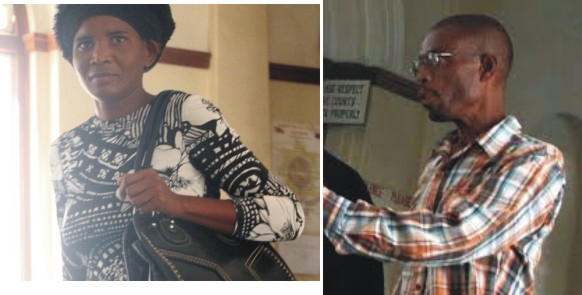 Dube said before Mguni deserted him to stay with her parents they were living as strangers in the house with no intimacy, no relationship because he was out of work, reports B-Metro.

He bore his soul at the Bulawayo Civil Court where he was seeking a protection order against Mguni claiming she was disturbing his peace by frequently visiting him for no apparent reason.

“I was customarily married to Thembelihle Mguni but she left me to stay with her parents. I have since instructed a go-between to go to her parents who told them that I had decided to end my customary marriage with their daughter and that she should come and collect her belongings.

“Despite the fact that we no longer had any intimate relationship she is always visiting me. At one time she visited our homestead in Esigodini in my absence and broke down the doors before she took some of the household property.

“During the subsistence of our marriage she didn’t want to sleep with me. Whenever I try to have sex with her she would push me away while acting like someone who is possessed.

“She started denying me my conjugal rights in 2015 when I lost my job and it is now the reason why I decided to terminate our marriage. I also no longer want her to visit our homestead,” said Dube.

Rebutting the submissions, Mguni who admitted to starving her husband because of being jobless said he should not stop her from visiting the homestead because they built it together.

“We were always fighting and he is the one who was abusing me. Another issue is that he is not working and it was difficult for me to stay with him as I was the one who was always providing everything for the family.

“As for stopping me from visiting the homestead I don’t think it’s a good idea because we built that homestead together and the dissolution of our marriage is also yet to be finalised,” responded Mguni.

The presiding magistrate Tinashe Tashaya also weighed in saying Dube should not ban  Mguni from visiting their homestead until their divorce was finalised.

The magistrate further granted a reciprocal order in which he ordered both parties not to verbally, physically and emotionally abuse each other. B-Metro.

Saxon is a prolific writer with passion for the unusual. I believe the bizarre world is always exciting so keeping you up to date with such stories is my pleasure
Previous Boomerang! Love Portion Woman Prepared For Husband Turns Her Into Sex Addict, She Stopped Counting After Sleeping With 47 Men, Juju Man Now Dead With No One To Reverse The Medicine
Next Company Offers $300 Dollars To Anyone Able To Stay In Closed Coffin For 30 Hours, Winner Can Also Keep The Coffin