Home / Europe / Company Offers $300 Dollars To Anyone Able To Stay In Closed Coffin For 30 Hours, Winner Can Also Keep The Coffin

Company Offers $300 Dollars To Anyone Able To Stay In Closed Coffin For 30 Hours, Winner Can Also Keep The Coffin

Now don’t freak out just yet. There will be a 6-minute bathroom break every hour and your phone will remain charged all through so you can even browse while in the coffin to while away time. Guess what! You get to keep the coffin if you win. 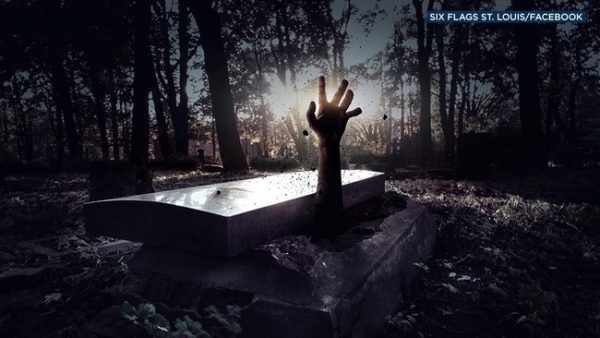 Here’s the story. An amusement park corporation in the USA, Six Flags Entertainment Corporation, is organizing a stay-in-the-coffin contest on October 13, to know who can remain in a coffin for 30 hours lying straight, reports newschannel9.

Widely known as Six Flags, this Corporation is an amusement park comoany based in the United States, with properties in the US, Canada, and Mexico. It is the largest amusement park company in the world, based on the number of properties owned, and is ranked seventh in terms of attendance.

Six Flags St. Louis will be holding the contest on Saturday, Oct. 13 to see if anyone, can remain in a tight coffin for 30 hours, almost completely straight.
There will be bathroom breaks, but anyone who exits the box for any other reason will be disqualified from the Fright Fest 30-Hour Coffin Challenge.
And “coffin dwellers will be allowed to bring a friend along during Fright Fest operating hours, but they must brave the non-operating hours alone,” a Six Flags press release reads. “Well, not exactly alone, some of our Fright Fest Freaks will be lurking about in the darkness.”
Potential participants can fill out a registration form to see if they can compete. Those who survive the claustrophobically creative contest will be placed in a drawing for a $300 prize if there are multiple people who make it the whole time. They will also receive two 2019 Gold Season Passes, a Fright Fest prize package, two VIP Haunted House passes, and a ticket for two to ride the Freak Train for Freak Unleashed. The coffin is also available to take home if the winner so chooses.
Park-goers must be 18 years old to take part in the competition, and need to bring their own pillows and blankets if they want to get more comfortable. Cell phones are allowed, as phone charging stations will be provided for possible use within the coffin, according to the St. Lous Post-Dispatch.

Saxon is a prolific writer with passion for the unusual. I believe the bizarre world is always exciting so keeping you up to date with such stories is my pleasure
Previous Woman Denies Husband Sex For Months Because He Is Jobless
Next Man Attempts To Flee In Pickup Van Hooked To Tow Truck, Watch What Happens Next (Video)