Home / Asia / Group Of South African Virgins Reveal Why They Are Not Yet Interested….

Group Of South African Virgins Reveal Why They Are Not Yet Interested….

A group of girls who have publicly professed they are still virgins have revealed why they are not yet interested in having sexual relationship despite pressure from their peers. 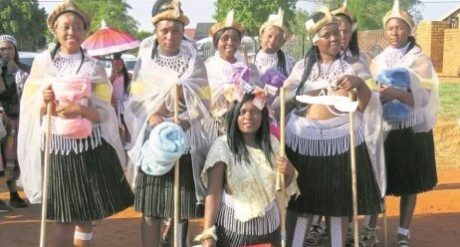 According to the girls, they are keeping themselves pure and waiting for the right men to marry them despite people telling them to have sex or else the “salt” will fill up their heads, reports faceofmalawi.

But these virgins from Ekurhuleni have one answer for their critics:

“Sorry, we are not in a hurry and we don’t have salt!”

“I choose to remain a virgin because I want God to bless me with a man who will value me. We are often told we don’t know what we are missing out on and that we are instead accumulating salt,” said Snegugu.

“I advise girls not to rush into having sex. They must respect themselves. This will keep them safe from STIs.”

On Sunday, the virgins joined a fellow virgin, Skhulile Msane from Welgedacht, Springs as she celebrated her 21st birthday. Skhulile said she wanted to focus on her education and didn’t want to be distracted by boys.

Their godmother, Dumazile Maphanga, said the girls were checked every month to make sure they were still virgins.

“If they break their virginity, they leave the group.

“We teach them to be vigilant and not give into peer pressure,” she said.

Saxon is a prolific writer with passion for the unusual. I believe the bizarre world is always exciting so keeping you up to date with such stories is my pleasure
Previous US City Stops Sex Doll – Only Brothel From Opening For Business
Next See Shopping Malls In China Where Lonely Female Shoppers Can Rent “Shopping Boyfriends” Just To Shop For An Hour