A driver has been suspended for allowing his monkey handle the steering of his bus while in motion. 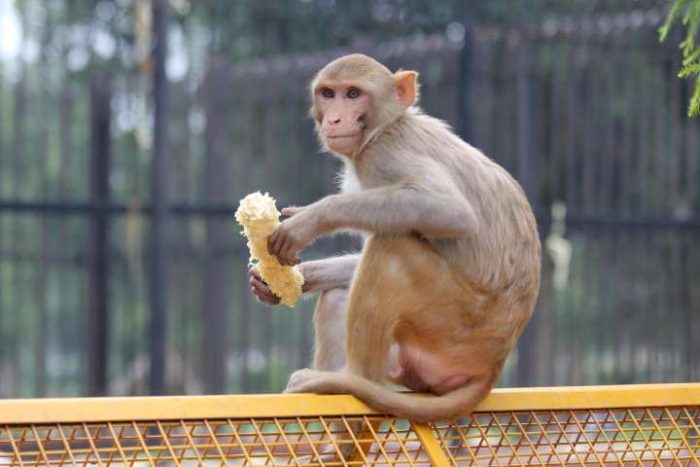 The Indian bus driver who let a monkey behind the wheel of his vehicle was suspended Saturday after a video of the incident went viral, sparking outrage and humour.

The video shows the 36-year-old driver smiling and patting the langur monkey as it sits atop the wheel of the moving bus in footage shot by a passenger.

“Driver M Prakash has been taken off duty for allowing the monkey to sit on the steering wheel and handle it,” T.S Latha, a spokesperson for the government’s road transport corporation in southern Karnataka state told AFP.
“Passengers’ safety is paramount and the driver cannot risk it by allowing a monkey on the steering.”

The incident took place Monday but authorities only learnt of it after the video was shared on social media, Latha added.

There were around 30 passengers on the bus at the time and none of them complained.

Saxon is a prolific writer with passion for the unusual. I believe the bizarre world is always exciting so keeping you up to date with such stories is my pleasure
Previous Two-Year-Old Boy Throws $1000 Into Shredder, Parents Stunned
Next Australian Catholic Church Causes Outrage After Introducting Electronic Offering Plate That Accepts A Minimum Of N3,600