It was a tragic experience for cows being transported by a truck as they wear accidentally let loose after the truck tumbled on the highway. 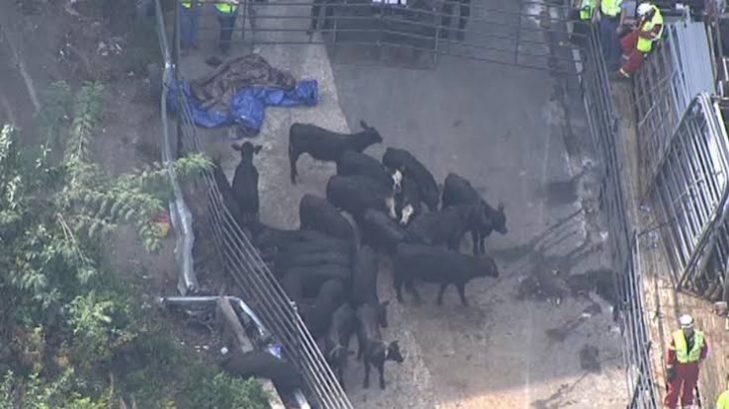 The truck was carrying 89 cows and when it tumbled, they were running around on the highway and 11 of them died after they were hit by oncoming vehicles.

The incident happened in Georgia, USA. 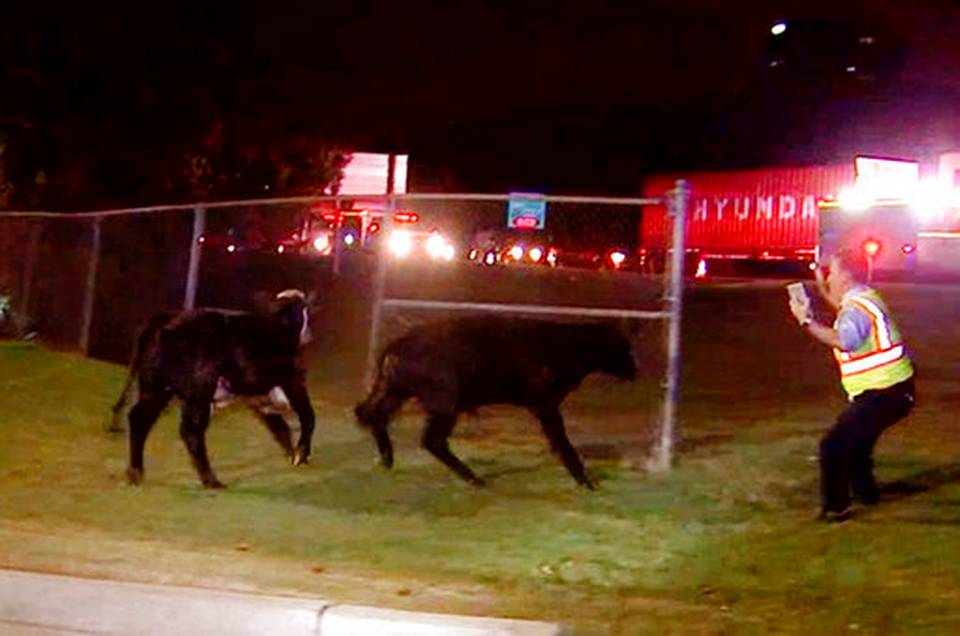 At least 11 cows were killed in Georgia last Monday after the cattle truck overturned on Interstate-285, wreaking havoc among drivers and the authorities who tried to wrangle them.
Around 5 a.m., police in Sandy Springs tweeted that cows were loose on the highway, and that they were shutting down traffic in the area “until we get them contained.”
The truck, which was traveling from Florida to northwest Georgia, was carrying 89 cows, according to The Atlanta Journal-Constitution. It tipped as it was moving eastbound toward Interstate-75 in Cobb County.

“Several cows” were hit by oncoming drivers, authorities said, and ultimately 11 died. Police tweeted they were searching for one “rogue cow” running free, but it was captured just after 4 p.m.

Saxon is a prolific writer with passion for the unusual. I believe the bizarre world is always exciting so keeping you up to date with such stories is my pleasure
Previous See The Most Expensive Bottle of Whisky In The World! It Costs N396 Million
Next Two-Year-Old Boy Throws $1000 Into Shredder, Parents Stunned