A two-year-old toddler has left his parents stunned after he playfully put more than $1000 (about N360,000) into a shredder. 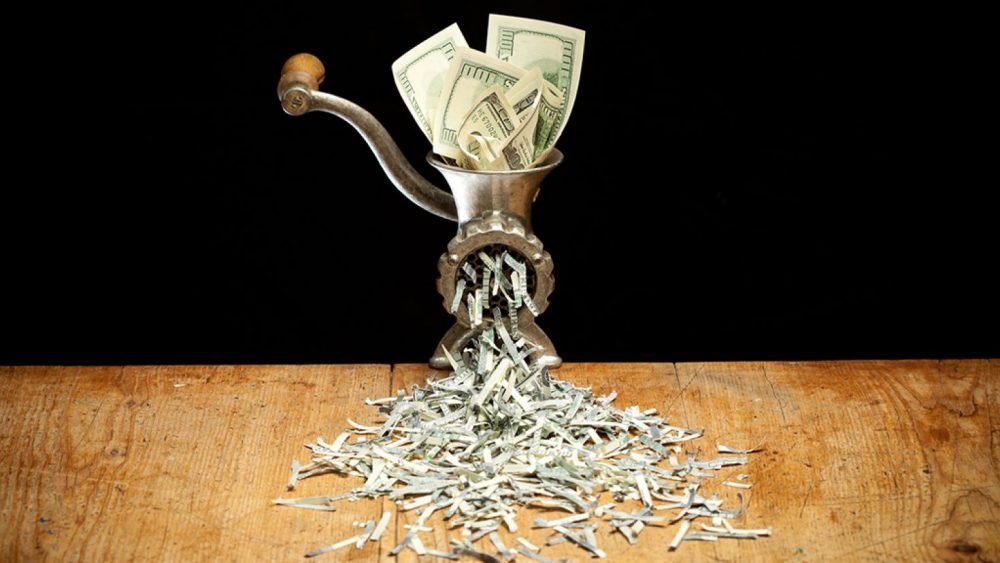 By the time his parents discovered what the boy was doing, the money had been shredded into pieces.

Leo Belnap’s parents, Ben and Jackee, tore through their home over the weekend, desperate to find the $1,060 they had saved to pay back Ben’s parents.
It was gathered that the couple had borrowed the money to purchase season tickets to the University of Utah’s football games, KSL-TV reported.
Digging through the trash and other places, the couple never expected to find the cash –which was inside of an envelope — in the shredder. But to their dismay, that’s exactly where it was.

“I’m digging through the trash and she hollers and says, ‘I found it,’” Ben told the news station, referring to Jackee. “She’s holding the shredder and she says, ‘I think the money is in here.’”
In shock, Jackee said the two “shuffled” through the shreds of paper for a few minutes in silence. Finally, Jackee told KSL-TV she broke the silence with a bit of humor.
“I’m like, ‘Well, this will make a great wedding story one day,’” she said.

Leo’s parents told the news station they suspected the toddler grabbed the envelope and put it through the shredder when they weren’t looking. The young boy is well versed in how the machine works, often helping Jackee to “shred junk mail and just things with our name on it, or important documents we want to get rid of,” she said.

The good news is that the two may have a chance at getting their money back, according to the news station, by submitting a claim and sending pieces of the mutilated money to the Bureau of Engraving and Printing, a government agency associated with the U.S. Department of the Treasury.

Saxon is a prolific writer with passion for the unusual. I believe the bizarre world is always exciting so keeping you up to date with such stories is my pleasure
Previous Dozens Of Cows Run Free On Highway As Truck Carrying Them Overturns
Next Bus Driver Suspended For Letting His Monkey Drive (Watch Video)