Home / Europe / See The Most Expensive Secondary School In The World Where Students Pay N41 Million Tuition Annually! You Won’t Believe The Facilities They Have

See The Most Expensive Secondary School In The World Where Students Pay N41 Million Tuition Annually! You Won’t Believe The Facilities They Have

The school is in Switzerland. It is called Institut Le Rosey. This is the most expensive boarding school in the world. Note this: it is a secondary school (high school or college depending on where you’re reading this from). 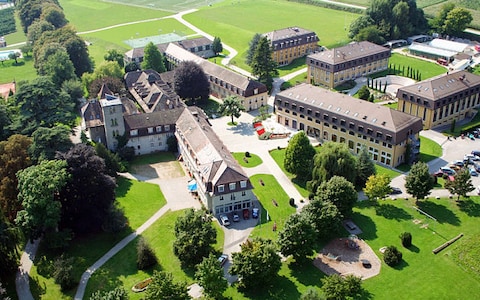 Each student pays 108,900 Swiss francs (about £87,300; about N41,499,000) a year in tuition fees. The school boasts two beautiful campuses in two locations – the spring/summer campus in the 14th-century Château du Rosey estate in Rolle, and, in the winter, chalets in the ski resort of Gstaad. 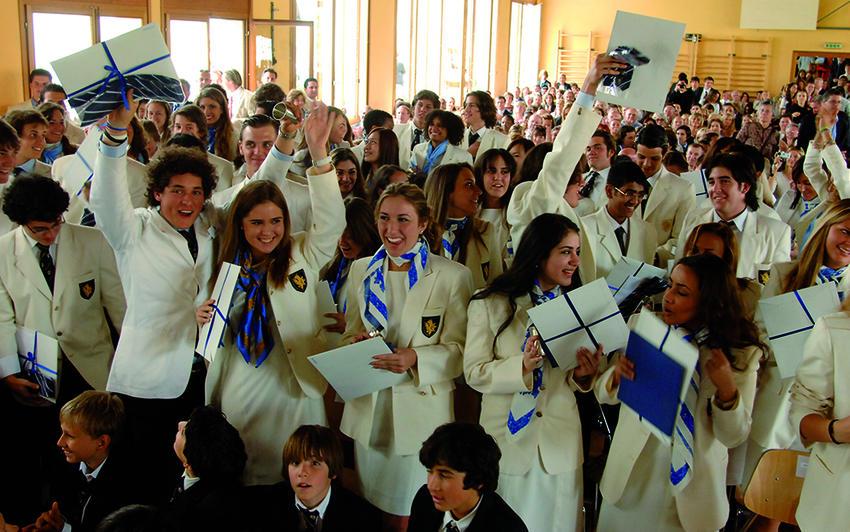 When you hear the names of those that passed through the school you would understand that it’s not an ordinary academic enclave. Institut Le Rosey’s famous alumni reportedly include King Albert II of Belgium, the Shah of Iran, Prince Rainier of Monaco, and King Farouk of Egypt.

The school says 30% of its students join universities ranked in the top 25 in the world – including those in the Ivy League, MIT, and Oxbridge – after graduating. 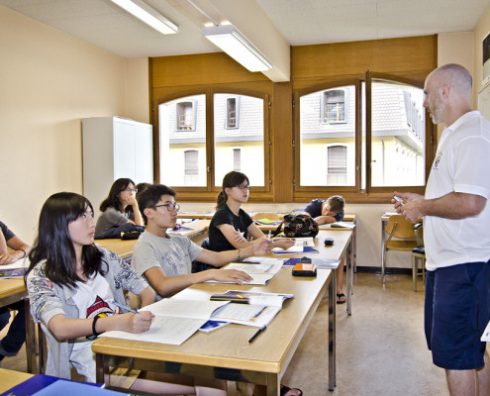 What makes this school spectacular? Checkout these basic facts;
“Evidently, we are Switzerland’s oldest international boarding school. We have a certain weight that goes through the name because of families that have been here before,” Felipe Laurent, an alumnus and Le Rosey spokesman, told Business Insider. Both Laurent and his older sister graduated from Le Rosey – he spent five years at the school, while she studied for three.

“I think that some families are looking for that,” he added, “in that they might have studied here and so they want their children to continue that sort of legacy.”

Business Insider spoke to Laurent to find out what really goes on behind its doors – and were offered an exclusive look inside. Scroll to see inside the most expensive

The main campus of Institut Le Rosey, the most expensive school in the world, is in Rolle, halfway between Geneva and Lausanne, on a 28-hectare estate.
Here are some basic facts about the school;
Students ski four times a year. The library has books in over 20 languages. Despite the unbelievably high fees, there is still four applicatiins for each spot. This means there is a rush for the school. People want their kids to study there. You can study up to for languages in the school, including Swahili. So, most likely as you graduate you would know how to speak up to four languages. There are indoor and outdoor pools in the school. The school looks more like a holiday resort that an academic setting, making students feel at home in the best environment for study. 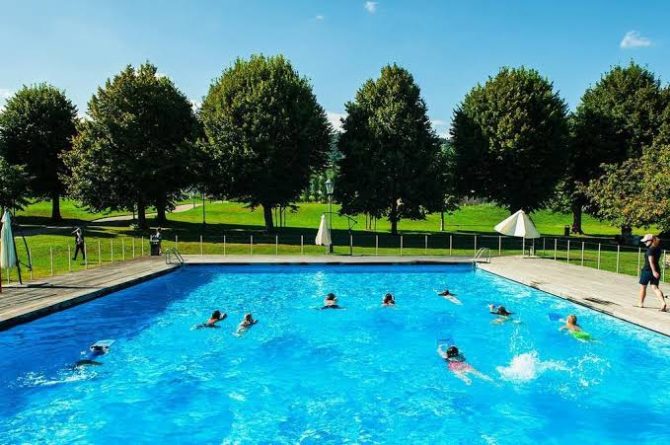 You can imagine that in the most expensive school in the World indecent dressing is not even allowed. During school hours you must wear skirts or trousers long enough to cover your legs and shirts that cover your shoulders.
Accommodation is also fantastic. Two people share a room that looks like what you find in luxury hotels, though there are single rooms for senior students. For those who share a room with another student you will have up to three different roommates in one year. That’s part of cultural integration policy of the school. 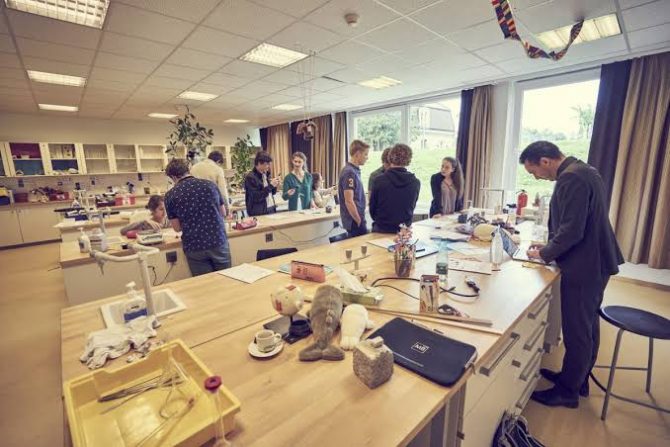 With 150 teachers at Le Rosey, the average class has fewer than 10 students. However, their lessons aren’t all in standard classrooms. Students learn about plants and gardening inside a glass garden or the natural garden environment.
The school has about 400 students aged between 8 to 18 years, and only very night students are selected.
With over 150 teachers, there are just about 10 students in a class, making it easy for teachers to put in their best. 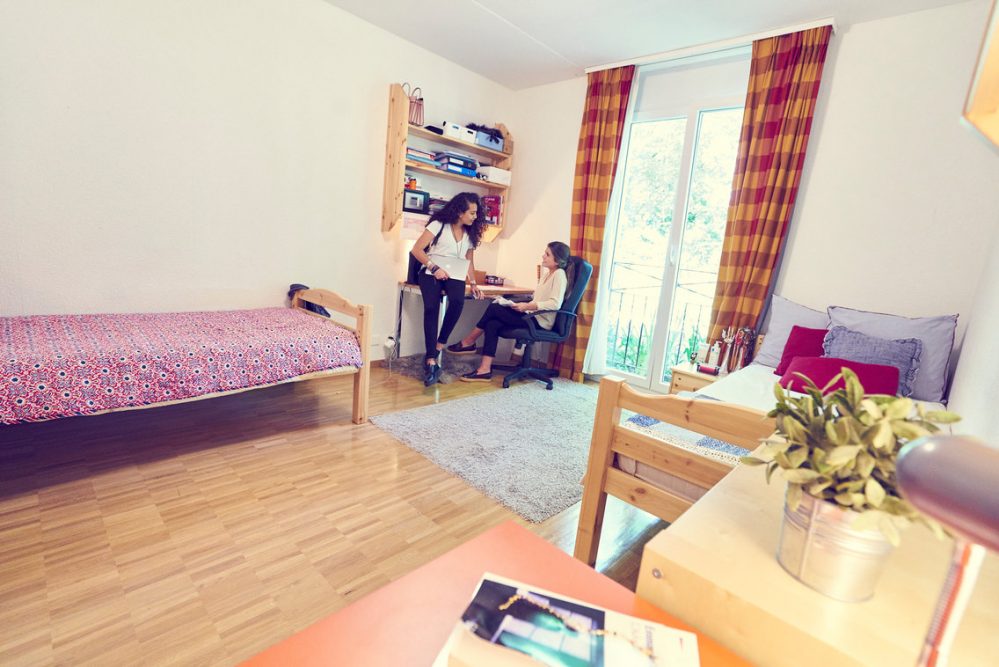 Checkout this next rule: “Bedtime is between 9 and 11.30 p.m., according to age. Being found on the “étage” (floor) with “a person of the opposite sex,” as well as “excessive demonstration of affection,” is considered an offence.”
The time after dinner is usually dedicated to another study hall and homework, but there are often “culturing outings,” lectures, debates, or challenges. Phil Collins even performed in the school in 2016. That’s the class of singers invited to perform in the school.

Despite their rich background, students are said to live a normal life in campus and part of this means teaching them the importance of humanitarian work.
Ultimately, the school says it’s all about building leaders of all kinds. So the school basically grooms world leaders and great minds not just ordinary graduates.

Saxon is a prolific writer with passion for the unusual. I believe the bizarre world is always exciting so keeping you up to date with such stories is my pleasure
Previous Hospital Gets Numerous Prank Calls From Tiny Lizard
Next Most Expensive Salon In The World Where You Get A Haircut For N9.5 Million