A bizarre video of a giant python falling through the ceiling into a bank as staff were having a meeting has surfaced online. 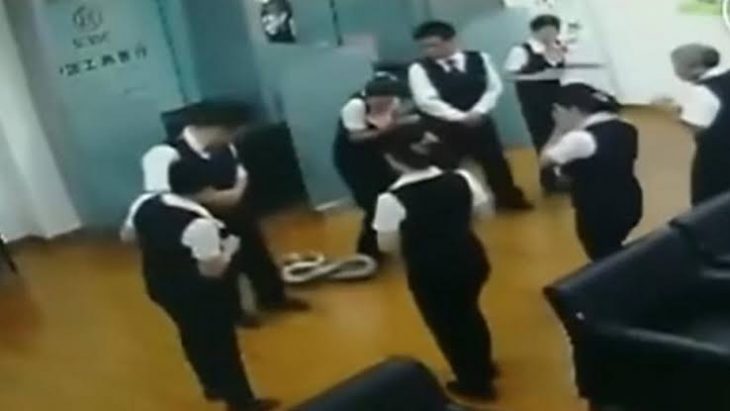 The staffers immediately ran away as the snake appeared to slither off-camera.
Local wildlife authorities were reportedly able to wrangle the reptile.

Saxon is a prolific writer with passion for the unusual. I believe the bizarre world is always exciting so keeping you up to date with such stories is my pleasure
Previous The Most Expensive Comb In The World Costs N3 Million
Next Man Falls Into Mine Shaft Full Of Rattle Snakes, Rescued After Three Days With Broken Legs