Home / Europe / ‘Kind’ Shop Owner Tells Robbers To Come Back Later If They Want More Money, They Return, Get Arrested

‘Kind’ Shop Owner Tells Robbers To Come Back Later If They Want More Money, They Return, Get Arrested

These guys have been dubbed the “Dumbest Robbers In Belgium”. Six guys went to rob a cigarrette store, the owner told them to comeback later for more money. They returned and got arrested by the police. This is no prank. It happened in Belgium.

The unbelievable robbery attempt took place on Saturday, when a group of six armed men walked into an e-cigarette shop on the outskirts of the Belgian city of Charleroi. 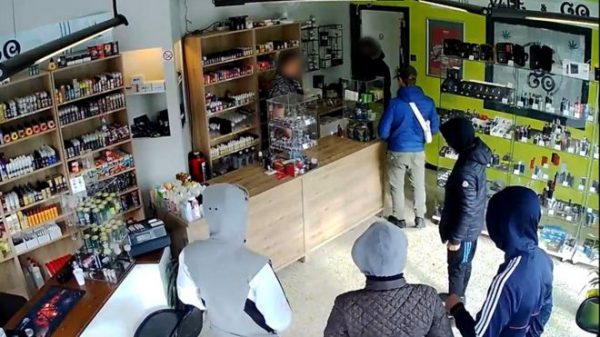 They asked the owner to empty the register and give them the money. It was the middle of the afternoon, so the quick-thinking salesman told them that he had barely sold anything, and that if they really wanted to get some money, they should come back at closing time.

To make the dumb guys think he is being sincere with them, the shop owner told them that they could probably walk away with 2,000 to 3,000 Euros if they followed his advice.

“I told them clearly that 3 p.m. is not the best time to hold up a store,” the shop owner, identified only as Didier, told Belgian TV channel RTL.”You’ll take 1,000 bucks, but if you come back tonight you might be able to take more.”

“There was some pushing and shoving,” Didier told the BBC. “I didn’t give them a thing, but said if they came back later I would have 2 or 3,000 Euros.” 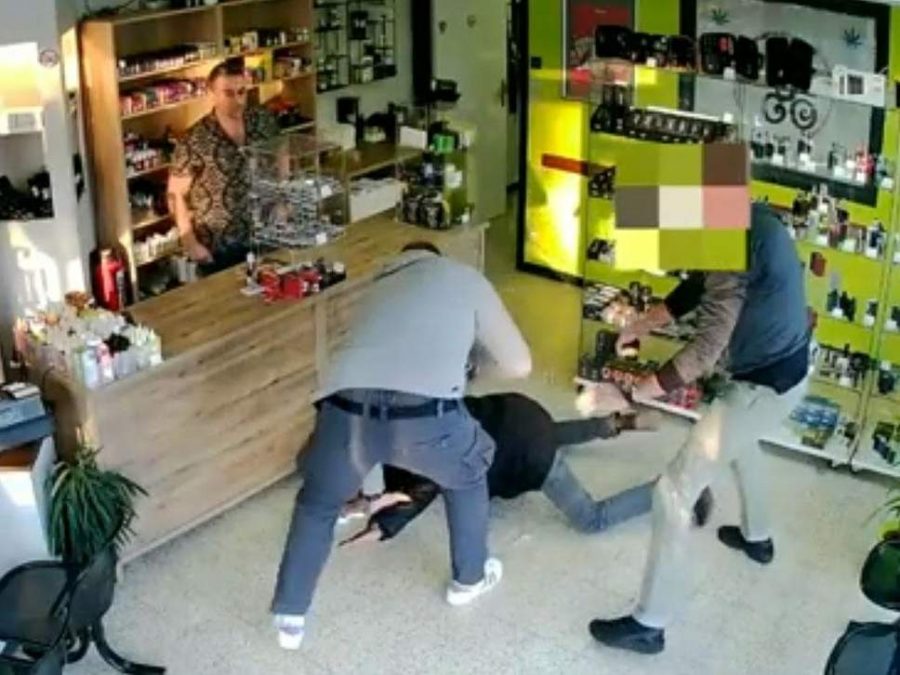 After talking it over among themselves, the six men left the shop, and the owner immediately called the police. He told them what had happened, including the part about telling the robbers to return at closing time. Even the police did not believe the robbers would be stupid enough to return. But the six men returned an hour earlier than planned.

Didier told local media that at 5:30 in the afternoon the would-be robbers once again showed up at his door, but the police hadn’t arrived yet, so he had no choice but to send them away again. “I berated them saying ‘you have to buy a watch.’ I said, ‘it’s 5:30 not 6:30,’ and they left,” he told RTL.”They weren’t the brightest.”

Believe it or not, at 6:30 pm, the six men once again returned to the e-cigarette shop ready to collect the promised loot, only this time, plain-clothes policemen were waiting for them. Five people were arrested, including a minor, while the sixth offender managed to escape. They now risk spending several years in prison.

“It’s like it was a comedy,” Didier said. “They’re being called the worst robbers in Belgium.”

Saxon is a prolific writer with passion for the unusual. I believe the bizarre world is always exciting so keeping you up to date with such stories is my pleasure
Previous Woman’s Fingers Get Paralyzed After Playing Video Game On Her Cell Phone For One Week Non-Stop
Next The Most Expensive Lamp In The World Is Pink Lotus Tiffany Lamp, Costs N1.8 Billion For Just One