Do you know what it feels like eating the meal someone someone on death row had as his last meal on earth before he was executed? Well, a restaurant in Japan gave customers opportunity to have that experience recently.

The restaurant in Japan is currently buzzing the internet for giving their customers opportunity to order the last meals which death row inmates ordered for before their execution. 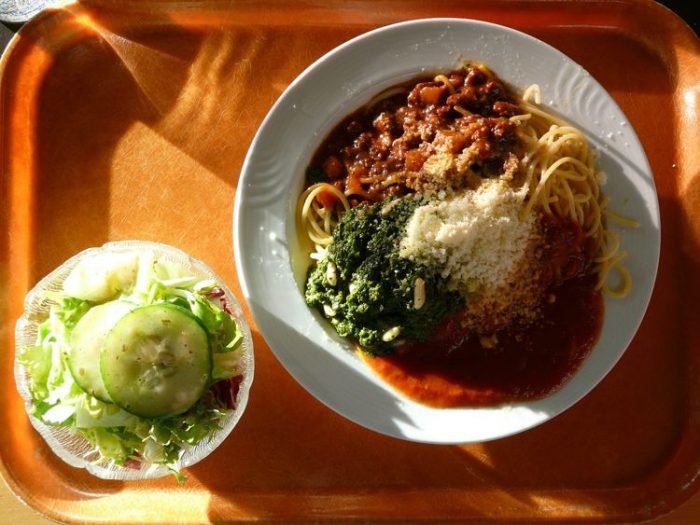 The name of the restaurant is Ningen. It is a pop-up restaurant in Tokyo’s Shinjuku district, attracted a lot of media attention over the last two weeks for giving customers the chance to order the last meals requested by infamous death row inmates before their execution.
The controversial eatery was opened by a Japanese art collective called Chim↑Pom and for two weeks served the last meals of infamous American criminals like armed robber and double-murderer Gary Mark Gilmore, Judy Buonoano, Florida’s “Black Widow”, or real-life killer clown John Wayne Gacy.
Among the many items on the menu were the steak, potatoes, milk, coffee and shots of whisky requested by Gary Mark Gilmore, the two cheeseburgers with fries and a salad with Thousand Island dressing ordered by death row inmate Joseph Paul Jernigan, or the steamed vegetables and fresh strawberries savored by murderer Judy Buonoano prior to her execution.
The Ningen restaurant was open for two weeks until October 28 and, surprisingly, didn’t face the same criticism as other restaurants that used the same concept in the past. For example, in 2014, Death Row Dinners, a similar London diner that served a five-course meal based on the final requests of several death row inmates had to close after a single night, because of “serious threatening behavior”.
The only difference is that in Japan, one of only two G7 advanced democracies – the other being the United States – that still execute dangerous criminals, 80.3% of the population supports the death penalty.

Saxon is a prolific writer with passion for the unusual. I believe the bizarre world is always exciting so keeping you up to date with such stories is my pleasure
Previous See 79-Year-Old Millionaire Who Just Enjoys Street Begging
Next Cannibalistic Restaurant In Tokyo Where Food Is Served As ‘Human Flesh’ (Watch Video)