An unbelievable footage has exposed an apparent ‘Fight Club’ in a childcare center in the United States. 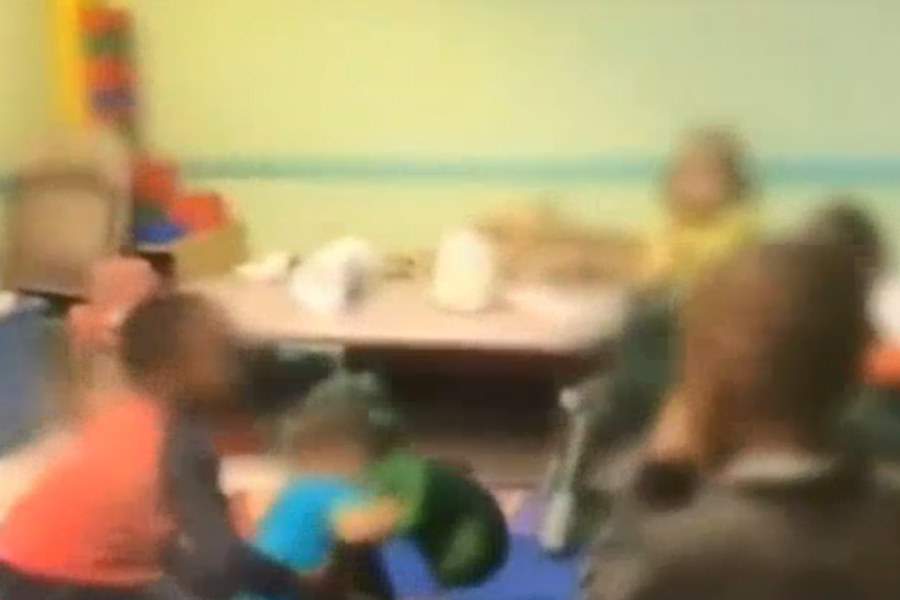 The childcare centre is currently under fire after the video surfaced showing preschoolers punching each other in what appeared to be a “fight club” organised by teachers.
St Louis television station KTVI-TV obtained video taken at Adventure Learning Centre in December 2016.
The video shows small boys wearing oversized green Incredible Hulk fists punching each other, including in the head.

At one point a teacher jumps up and down in apparent excitement.

The only person seen trying to break up the fight is another toddler, but he couldn’t do that successfully.

Local police and Missouri state inspectors investigated at the time, but no charges were filed.

Both teachers were fired and the centre was allowed to remain open.

ABC America reported that one of the teachers told investigators the fight was to help kids with “stress release”.

The video was captured by the 10-year-old brother of one of the participants, who was in an adjoining room.

He sent the video to his mother, who called the centre’s director.

The director stopped the fighting and both teachers were fired.

A statement on Wednesday cited poor judgment by the adult supervisors but “insufficient evidence to prove beyond a reasonable doubt that any laws were violated”.

Spokeswoman Susan Ryan said there was no evidence that any of the children were injured.

But in the lawsuit filed in January, one of the mothers said her son “continues to suffer injuries to his body, as well as mental anguish”.

Missouri state regulators increased inspections after the incident and follow-up visits found other violations, but nothing that merited closing the centre, KTVI reported.

A spokeswoman for the Missouri Department of Health and Senior Services did not respond to phone and email messages, while a representative at Adventure Learning Centre declined to comment, report’s ABC.
The mothers of two of the children are suing.
The case goes to trial in December.
ABC/AP

Saxon is a prolific writer with passion for the unusual. I believe the bizarre world is always exciting so keeping you up to date with such stories is my pleasure
Previous Watch Video As Rescue Team Pulls Man Out Of 30 Foot Deep Well
Next See Mexican “Dog Man” Who Travels Round The Country Rescuing Stray Dogs (Watch Video)