You could say they have a case to file I court but this is no joke.

For the second time in just over two weeks, bedbugs have been found in a Court house in South Carolina, USA. 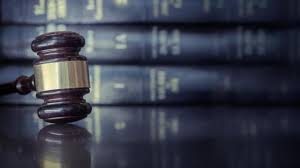 The courthouse has been evacuated.
York County Clerk of Court David Hamilton said specially trained dogs found evidence of bedbugs in both courtrooms of the criminal court building Thursday as well as in offices on both floors.
Hamilton told The Herald of Rock Hill officials decided to close the entire building for safety as a stronger chemical treatment is applied.
Bedbugs were found in parts of the building on Oct. 16.
Hamilton says the areas were treated then with heat, and testing afterward found no bugs.

Vanko is a cheerful writer whose enthusiasm for unusual stories is inspiring.
Previous Serial Thief Nabbed After Paying Prostitute With Stolen Goods
Next “Terminator” Dog Kills Over 600 Chicken In One Night After Escaping From Cage