A Michigan woman got more a bath after she spent five days stuck in her own bathtub because she was unable to reach the handrail she normally used to pull herself out.

She was rescued thanks to a vigilant postman who noticed that she wasn’t picking up her mail as usual. 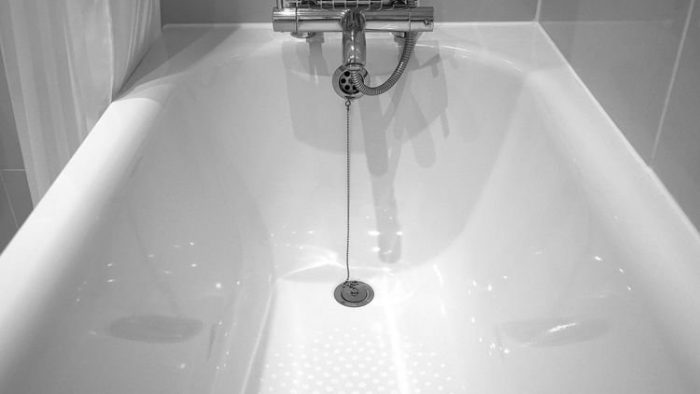 It was a nightmare for 54-year-old Alison Gibson who became a prisoner in her own bathroom on October 15.

She lied down in her bathtub as she normally did, but after finishing her bath, the woman found herself unable to reach the metal handrail she used to pull herself back up. She apparently had her back turned to it and there was no way for to grab a hold of it, so she was basically stuck there. To make matters worse, she had left her phone in another room, so she couldn’t call anyone for help.

“When I get down there, I couldn’t get back out,” Gibson told local news station WJRT-TV “Because (the handrail) was behind me, I couldn’t get myself turned around to get a hold of it, that I usually use to get out.”

‘I basically just sat there,” the 54-year-old, who lives alone, added. “When I got cold, I ran the hot water. When I got thirsty, I took a drink out of the cold water. That’s about it, try to find a way to get out.”

Unfortunately, Gibson couldn’t find a way to get out of the bathtub or contact someone for help for five days. She would have probably remained stuck there even longer, if not for a vigilant postal worker who, after noticing the mail piling up in her mail box on October 19, notified her neighbors. Some of them went to the back of her house and called out her name, and, after hearing the woman yell back for help, called 911.

Police officers entered Alison Gibson’s house through a window and, after opening the door to he bathroom, found the woman lying on her back in the bathtub. She was in good spirits, but the bathroom itself had seen better days.

“In the bathroom when we opened the door the back of it was covered in mold, the floors were soaking wet, the paint on the walls was bubbling from all of the moisture and actually the ceiling was dripping wet,” Lansing Police Chief Stacey Wilborn told Inside Edition.

The woman was taken to a local hospital and held there for observation for four days, but her unusual prison appeared to have had no major health impact on her. She was discharged in good condition and decided to speak out about her ordeal to thank her neighbors and the postal worker for their help.

Gibson told reporters that she plans to have a walk-in bathtub installed as soon as possible.

Saxon is a prolific writer with passion for the unusual. I believe the bizarre world is always exciting so keeping you up to date with such stories is my pleasure
Previous Sex Starved Husband Cuts Off His P3nis With Kitchen Knife
Next Foods That Lower Sex Drive, Nos 6 & 7 Will Surprise You