Doctors in California were left stunned after they discovered that a man who was diagnosed of brain tumor had become healed without undergoing any operation. The brain tumor disappeared a day before surgery. 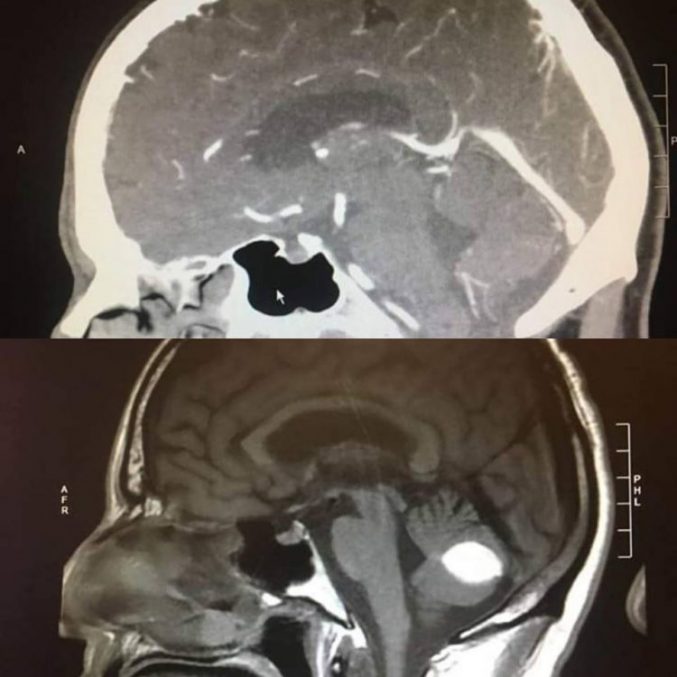 A day before his scheduled surgery to have a presumed brain tumor removed, a final head CT exam showed that the mass in his brain had miraculously disappeared.

Paul Wood, a resident of Lodi, in California, started complaining of excruciating headaches and dizziness several months ago, and received several serious diagnoses from doctors. A neurosurgeon at UC San Francisco told him that he had a brain bleeding, while a radiologist told him that his CAT scans showed a brain tumor, reports Oddity Central.

Both required risky brain surgery, but a day before the scheduled intervention to have the suspected tumor removed, a fresh CT scan revealed no sign of anything unusual in his brain. Wood is convinced that what happened to him was a miracle from God.

A member of Gravity Church, Paul says that he shared the devastating new of his suspected tumor soon after receiving the doctor’s diagnosis and got an overwhelming response in the form of prayers and well wished from all over California. He believes that it was his and his congregation’s trust in God that made this “miracle” possible.

“My phone is blowing up, my Facebook is prayer after prayer, all over California,” Wood told CBS Sacramento. “It’s a miracle and that is the way God planned it.”

Doctors can’t really dispute Wood’s theory, as they cannot logically explain what happened to the clear white spot visible on his initial brain scans. They have reportedly asked Paul to take part in further research so that they can learn more about what happened.

“We do tests and we have medical technology and we try to come up with some conclusion… sometimes things happen that we can’t explain,” said Dr. Richard Yee.

Ever since he received news of the miraculous disappearance of his presumed tumor, Paul Wood has been sharing his story on social media and professing his faith in God. According to one of the pastors at his Church, it was this unwavering faith that helped him overcome his health problems and also inspire other members of the church.

“He just kept saying, ‘no matter what happens to me, I’m going to be okay. I trust God.’ And that was an inspiration for a lot of people around him,” Jason McEachron, a Pastor at Gravity Church, said.

Saxon is a prolific writer with passion for the unusual. I believe the bizarre world is always exciting so keeping you up to date with such stories is my pleasure
Previous How This Woman Got Romantic And Married Her Love At 93
Next Woman Claims Her Possessed Doll Attacked Her Boyfriend Due To Jealousy (Watch Video)