You might not notice it by looking at their faces but Alex Baker and Ellen Smith are very excited to fall in love after meeting online.

The couple have a rare condition that makes them unable to smile but they don’t mind because they are about to Wed. 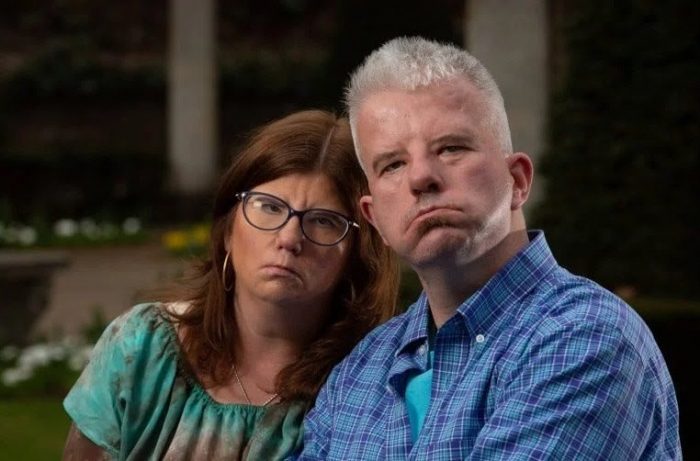 The love story of 45-year-old Alex Barker and his fiancee, 38-year-old Erin Smith began online as they were brought together due to the rare condition called Moebius syndrome.

Moebius syndrome is a rare neurological disorder characterised by weakness or paralysis (palsy) of multiple cranial nerves, most often the 6th (abducens) and 7th (facial) nerves.

This condition causes paralysis of the cranial nerves, which means sufferers cannot make any facial expressions. The disorder is congenital, which fu means it is present at birth.
Alex who hails from Conventry, UK, easily fell in love with Erin from North Carolina, US, after meeting her on a social media website for people with the same condition.

Baker was finding it difficult to secure a romantic relationship as connecting with someone requires the most basic of facial expressions. That ended after he met Smith.
In fact, the groom-to-be revealed, while speaking to Metro, that he was severely bullied as a child and never had a girlfriend. 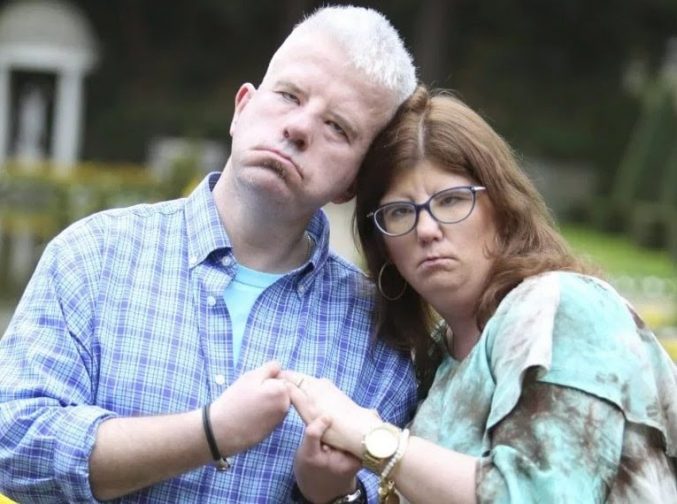 Even as an adult, he still struggles to meet new people as most conclude he is rude when his face doesn’t fall into a smile after pleasantries are exchanged.
So meeting Erin was a true blessing for him. Asides being unable to smile at each other or make any facial expressions, the couple share other things in common, which assures them, they are meant to be together.
They both revealed that they rely on their eyes to speak the truth and even when they are not physically smiling or frowning, they can tell when they feel these emotions because they read their eyes.
The couple, whose speech is also affected, have to use creativity to express their feelings due to the fact they’re unable to smile.

“I can tell when Erin is happy because she always puts her head on one side and goes “ooh,” and I think although we can’t show facial expression, we know each other’s mannerisms, so when we’re upset or when we’re frustrated or whatever, there is a lot of nonverbal communication that goes on.” says Mr Barker.

“I think the eyes tell a lot too, even not just Alex, but my family and friends have always said that they can look in my eyes and I smile with my eyes, they know I am happy.” Erin stated.
Doctors have said there’s a possibility that the couple’s children might not have their condition. This is good news for the two love birds as they plan to tie the knot soon.

Saxon is a prolific writer with passion for the unusual. I believe the bizarre world is always exciting so keeping you up to date with such stories is my pleasure
Previous See 7-Year-Old Boy Who Bathes, Sleeps and Plays With Deadly Snakes ( Watch Unbelievable Video)
Next Five-Star Hotels In China Apologize After Hidden Camera Exposes Staff Using Dirty Towels To Clean Toilets, Cups, Plates (Video)