Secondary school pupils in Kenya who are not ready to relinquish sexual relationship among them have engaged in violent protest after their school authorities warned against relationships. 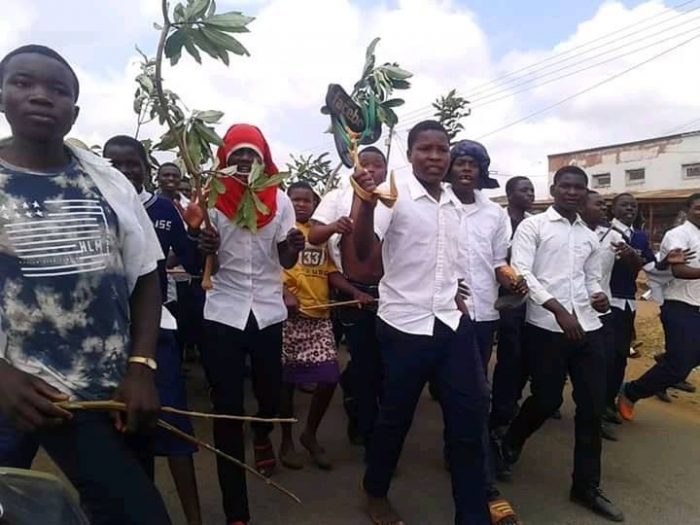 Students of Kazala Community Day Secondary School, on Wednesday night went on rampage destroying school property worth millions after being cautioned by the Head teacher on relationships.

Reports have it that most of the students at the school have for a while now engaged in sexual relationships resulting in poor performance.

The development forced the school management headed by the Deputy Headteacher to call for a meeting with the said pair of students which were 20 in total to caution them on the matter.

The students were said to have been angered by that meeting as a result of which they did not report for studies on Wednesday, in the evening. At around 9pm they ganged up and destroyed the house of the Head teacher.

As this was not enough, the students also invaded the school library were they stole books and other school materials.

The students also set ablaze a fence of the girls’ hostel at the school and later they smashed windows of the classes.

Mchinji Police Spokesperson, Kaitano Lubrino, confirmed of the development in an interview with the press.

According to Kaitano, the police have launched an investigation into the matter and soon the culprits will be arrested.

Saxon is a prolific writer with passion for the unusual. I believe the bizarre world is always exciting so keeping you up to date with such stories is my pleasure
Previous Outrage As Rare White Lion Might Be Auctioned Off ‘To Be Shot By Trophy Hunters’
Next Man Who Introduced His Wife To Alcohol Cries Out As She Now Drinks More Than Him