Have you have of the field of study called sonochemistry? It studies the impact of sound on solid bodies and chemical reactions. A cheese maker in Switzerland is currently experimenting on this area, to find out whether music can make his cheese taste better.

The cheese maker has become popular for his strategy of playing music to his cheese to make them taste better.

Beat Wampfler, a cheese maker from the Emmental region of Switzerland has been experimenting with various musical genres to find out if they can make his cheese taste better. 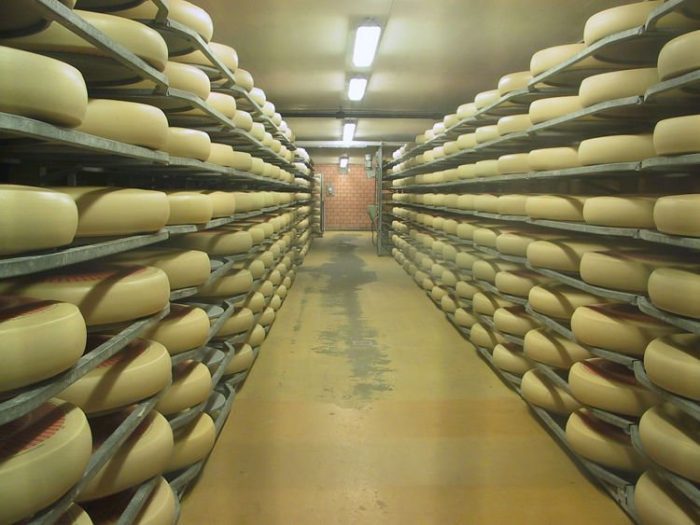 Wampfler has been blasting musical masterpieces by legends such as Led Zeppelin and A Tribe Called Quest to his wheels of Emmental cheese since September, hoping to prove that music can influence the development, characteristics and, most importantly, the flavor of the cheese.
He believes such factors as humidity, temperature and nutrients are not the only things that can have an impact on the taste of cheese, and that sounds, ultrasounds and music can make an impact on flavor as well.
Wampfler has attracted the attention of some scientists from the University of the Arts in Bern to get involved in his experiments.
The scientists were skeptical at first, but later learned that there was a field called sonochemistry that looks at the impact of sound on solid bodies and chemical reactions, and decided that the cheese maker may be on to something.
“We are trying to… answer the question: in the end is there anything measurable? Or something that has an effect on the taste?” Michael Harenberg, a music director at the University of the Arts, told AFP.
To test out his theory, Beat Wampfler has been installing small speakers under the large wheels of Emmental cheese and split them into several groups, by musical genres.

Some cheeses are aging to techno beats, others to ambient music, or classic pieces like Mozart’s Magic Flute. The effects of rock and hip-hop on the taste of cheese are also being tested, with some wheels of cheese “listening” to Led Zeppelin or A Tribe Called Quest.
“Will the cheese taste better? It’s hard to say,” Wampfler said, adding that if it turns out that a certain music genre can make his Emmental taste better he hopes it will be hip-hop.

A jury of expert cheese tasters will assess the effect of the various musical genres on Wampfler’s wheels of Emmental cheese, next year, on March 15.

(With reports from Oddity Central)

Saxon is a prolific writer with passion for the unusual. I believe the bizarre world is always exciting so keeping you up to date with such stories is my pleasure
Previous Man Who Introduced His Wife To Alcohol Cries Out As She Now Drinks More Than Him
Next Japan’s Cybersecurity Minister Stuns The World After Admitting He Has Never Used A Computer