A 5-year-old boy had become an internet sensation after he was given an expensive Mercedes Benz car for doing 4,105 press ups non-stop for two hours. 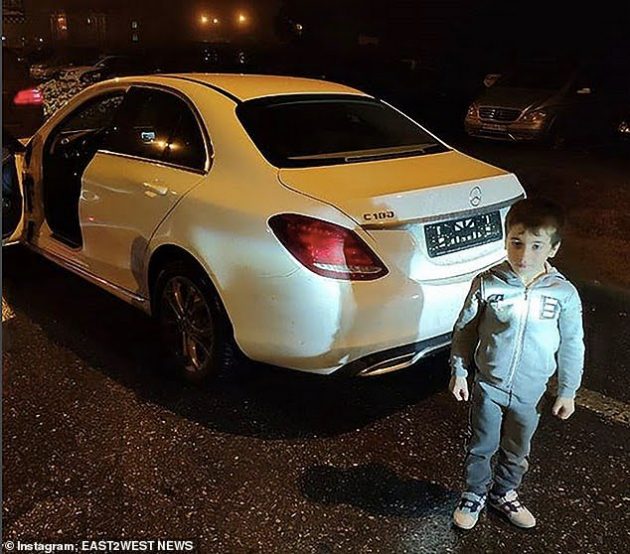 A close lieutenant of Vladimir Putin gifted the new white Mercedes to the boy after he did 4,105 non-stop press-ups, Dailymail has reported.

Chechen strongman leader Ramzan Kadyrov gave Rakhim Kurayev the keys to the luxury car as a reward for the boy’s 2 hours 25 minutes achievement. 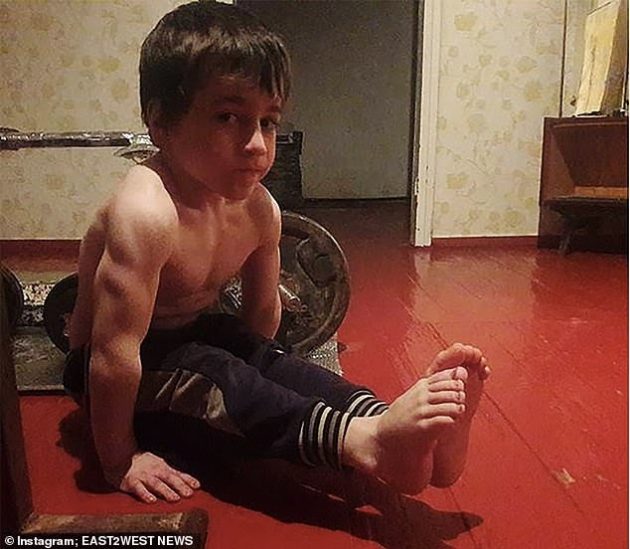 Dubbed the ‘Chechen Schwarzenegger’ the lad – still at kindergarten – is due to repeat the exercise in a world record attempt.
‘Let your father drive you around on this, you’re worthy of riding a white Mercedes,’ decreed the bearded ruler of oil-rich Chechnya.

It was unclear if taxpayers had paid for the £28,000 vehicle or if it came from Kadyrov’s personal wealth. 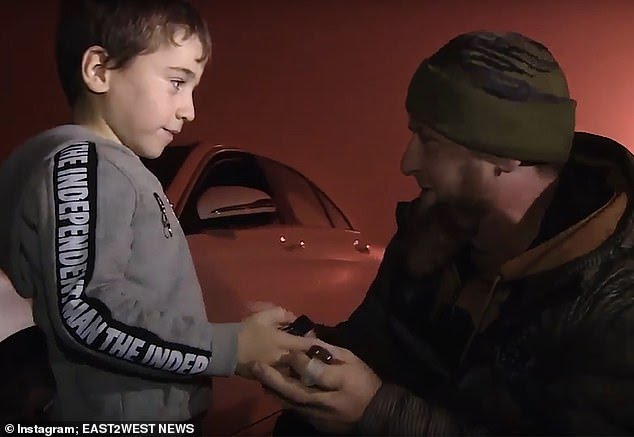 Pictures showed Rakhim, Duba-Yurt village, posing in the driver’s seat of the Mercedes-Benz C-Class vehicle without license plates.
He boasted to Putin loyalist Kadyrov that he could do more than 5,000 press-ups at one go. 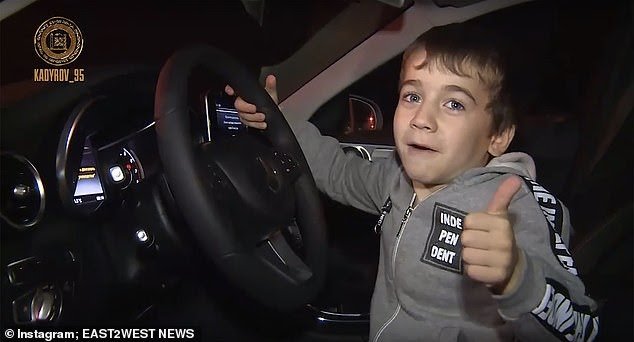 ‘The boy did the impossible,’ said Kadyrov.

‘We agreed to meet at a fitness centre and have a workout together.’

Kadyrov, who rules this Russian region with an iron fist, is widely criticised for alleged human rights abuses in Chechnya, ravaged by two wars since the fall of the USSR.

He had this to say about the gift of car he gave to the boy: ‘From now on his father will be able to drive the boy to workouts without hiring a taxi.’

The 4,105 non-stop press-ups beats the world record but was not registered in Russia because officials were not satisfied with the quality of the video recording of his feat.

Saxon is a prolific writer with passion for the unusual. I believe the bizarre world is always exciting so keeping you up to date with such stories is my pleasure
Previous Man Walks Into Police Station With Human Leg, Says He Is Tired Of Eating Human Flesh
Next Deer Crashes Through Woman’s Windshield, Lands In Back Seat