This dwarf makes up what he lost in height with his taste for tall women. He is currently in love in a 6ft 4inches transgender girl. 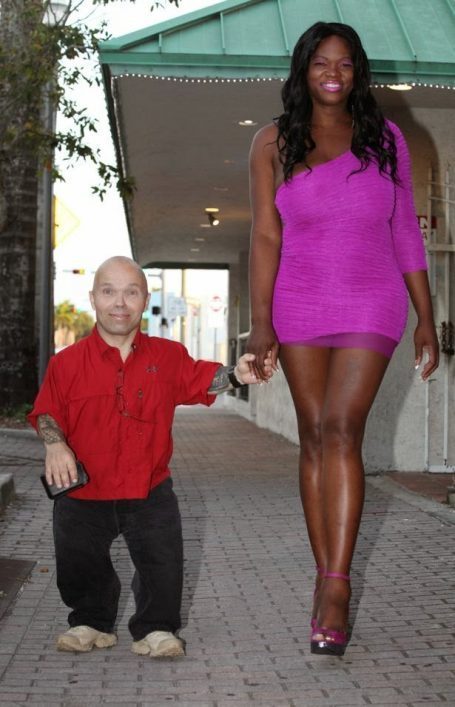 Anton Kraft has brokern the world records for weightlifting by being able to lift four times his own weight.The 52-year-old weight lifter said his greatest achievement was being able to date a lady who is 6ft 4in tall.
Kraft was quoted saying he instantly fell for China Bell, despite the fact she was originally born a man.
“We used to walk against the current, but the current has changed,” Kraft said.
“Florida is one the states that have same-sex marriage – and both of us are basically the same sex.
“I enjoy dating a transgender woman because she was born a male and is doing the utmost to become as feminine as possible. 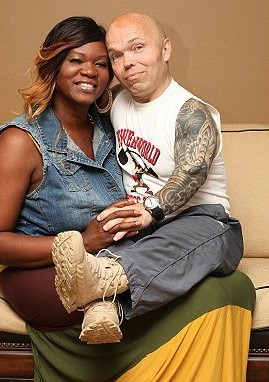 “I find that most women born as women do not spend as much time on their appearance.”

The couple has been dating for six months and China told how she found her new love irresistible.
She said: “I think Anton’s weightlifting is so sexy because I think he’s sexy – when you hold a world heavyweight title, that means a lot.
“I’ve never dated a 4ft 4in guy and I was just so curious. I’m glad I gave him a chance because he’s an amazing person.
“I’m different and he’s different, and where we’re from, different is good.

Saxon is a prolific writer with passion for the unusual. I believe the bizarre world is always exciting so keeping you up to date with such stories is my pleasure
Previous Dwarf Who Grew Seven Inches In Five Years After Eight Painful Operations
Next Tokyo Bakery Selling Boob Bread (Video)