This sounds hilarious but a lecturer in one of the Universities in the Southeast ‘transformed’ into Spiderman to attend to his students. 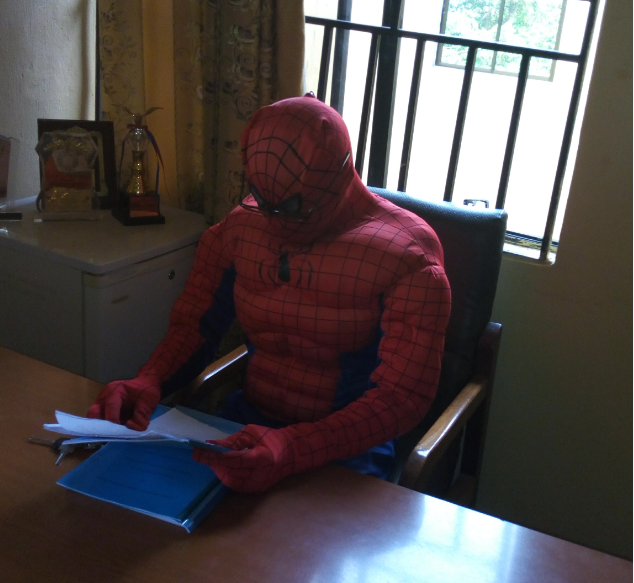 The unnamed lecturer was spotted on Wednesday morning walking into his office in Spiderman costume.

It was gathered that some non-teaching staff present when the incident happened, were stunned to see a man dressed in Spiderman costume walking into the office complex. As they greeted the lecturer and called him his name, he ignored every greeting, pretending not to know anyone since he was not ‘human’. He opened his door, walked in and sat down, waiting for students whom he had told to await the arrival of ‘Spiderman’ to assist them.

It was gathered that the unnamed lecturer had told some students he was a strong member of the Academic Staff Union of Universities (ASUU) currently on nationwide strike for the past one month. According to sources, some of his M.Sc. students wanted to see him to have a final discussion with him before their Dissertation defence which would come up immediately after the ASUU strike was called off so they wanted to get ready before then since ASUU was having serious discussions with the Federal Government and the strike may end anytime. 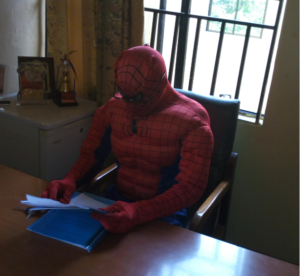 In order not to break ASUU directives which required lecturers to stay away from academic work while the strike was on, the lecturer decided to ‘transform’ into spiderman, probably on a rescue mission, so he could attend to the students as a super human, not a union member.
It was also gathered that though the unnamed lecturer ‘was’ spiderman, some students were positioned to lookout for ASUU strike compliance monitoring team in case they headed the lecturer’s way.
So this ‘ASUU Spiderman’ is even afraid of the union. 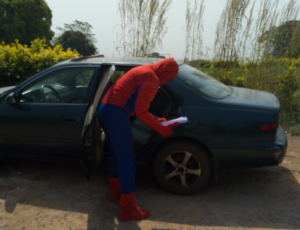 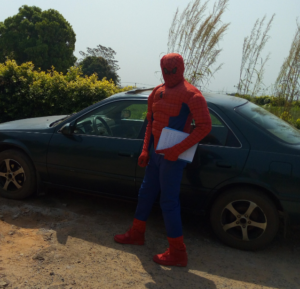 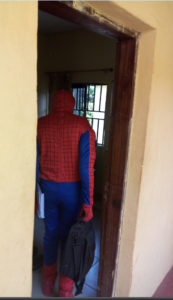 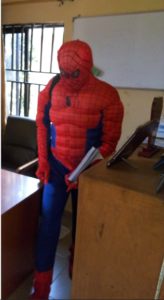 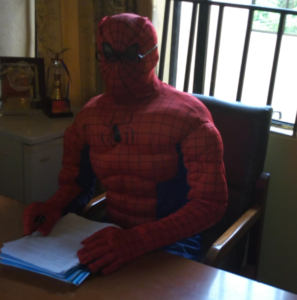 Saxon is a prolific writer with passion for the unusual. I believe the bizarre world is always exciting so keeping you up to date with such stories is my pleasure
Previous This Indian Woman Has Spent Everyday Of Last 20 Years In A Lake Due To Strange Illness (Watch Strange Video)
Next See ‘Mad’ Man Who Buys and Reads National Newspaper Everyday To Keep Informed