A farmer in Northern California has reported that 60 pregnant goats worth about $10,000 have been stolen from his farm by unidentified bandits. 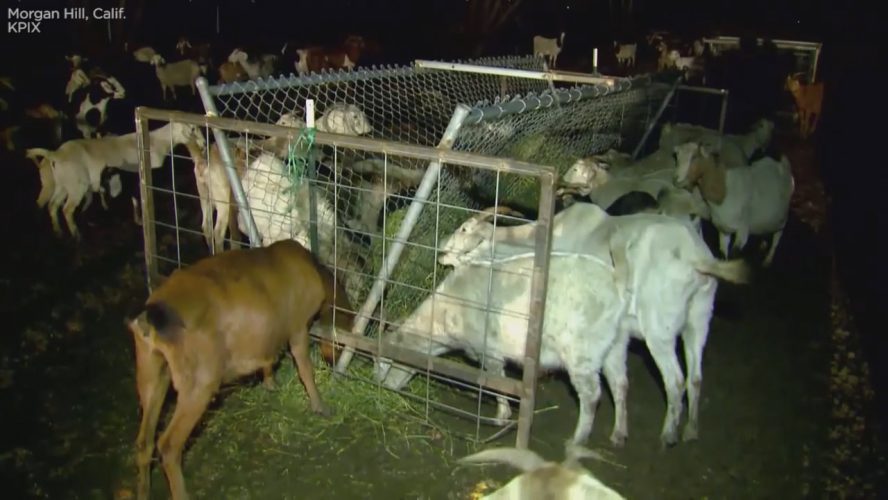 Brian Allen, the owner of Green Goat Landscapers, shared this message in a Facebook post. He wrote that the herd was stolen from a field in Morgan Hill on the weekend after Thanksgiving.

Allen said he left the goats and their guardian dog behind an electric fence so that they could feed on an abandoned driving range. The thieves shut off the power to the electric fence, cut a hole through it and herded the goats into his trailer before driving off, he said.

The trailer was later found, but the goats are still missing.

The animals, which altogether are worth more than $10,000, are expected to give birth in about two months, Allen told Bay Area television station KPIX. They’re used for eco-friendly fire prevention and weed abatement.
“This is really kind of a big set back for us. It’s going to make it hard this year,” Allen said.

Saxon is a prolific writer with passion for the unusual. I believe the bizarre world is always exciting so keeping you up to date with such stories is my pleasure
Previous Most Expensive Stove In The World Costs N36 Million
Next MIT Engineers Successfully Fly Airplane That Has No Moving Parts