This Ukrainian Lady Hasn’t Had A Haircut In 28 Years

A 33-year-old Ukrainian lady who believes a woman’s beauty stems from her hair has not had a haircut in 28  years. 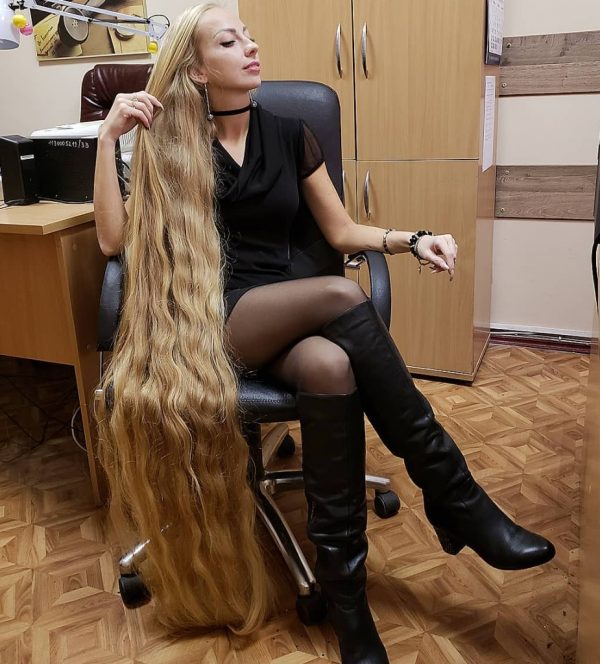 Alena Kravchenko had her last haircut at age five. Today, Alena’s hair is around two meters long and the young Ukrainian claims that she sometimes trips on it.

Alena is seen as a real life Rapunzel. A Rapunzel comes from a German fairy tale about a girl imprisoned in a tower who lets down her long hair for a rescuer to climb. Alena’s hair is probably as long as the fairy tail girl’s own.
Alena said her mother had always told her that a woman’s feminine beauty stems directly from her hair, and she took her words to heart.
“There is nothing more beautiful in the world than a woman with natural, flowing hair,” Alena says. 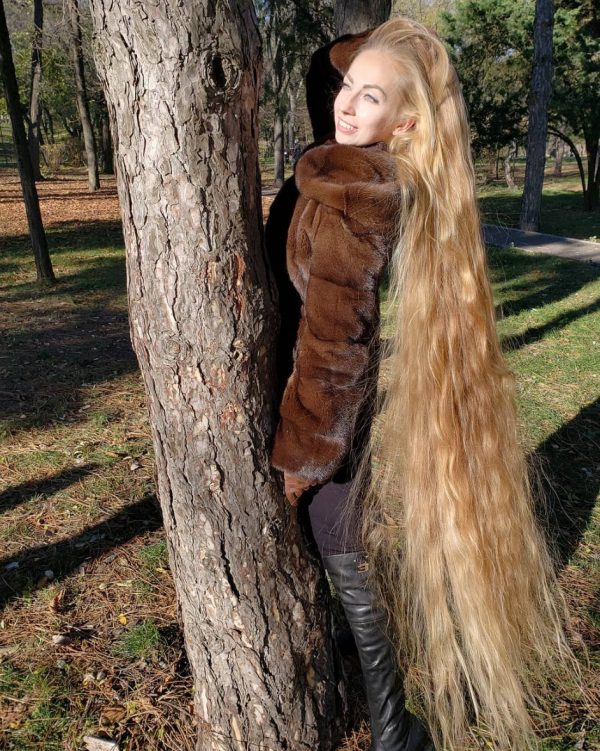 By the time she had reached her teens, Alena Kravchenko’s hair had already reached halfway down her back, and by her early 20s, it reached her waist, then her knees, and in her early 30s, it started touching the floor. That’s when she began tripping on it, and as her two children got older, it became even more problematic as they loved to play with it, so Alena started tying it up in a bun, only letting it down on weekends and for special occasions.
“It’s now become a bit of a treat to let my hair down, because it is far more comfortable, as in a bun it can be quite heavy,” Alena said in a recent interview.
Although she hopes her two daughters, Valeria and Miroslava, will follow in her footsteps, Alena said that she will leave it up to decide if it’s worth spending their whole lives maintaining super-long locks. She hasn’t cut their hair yet, just in case they decide to follow her example. 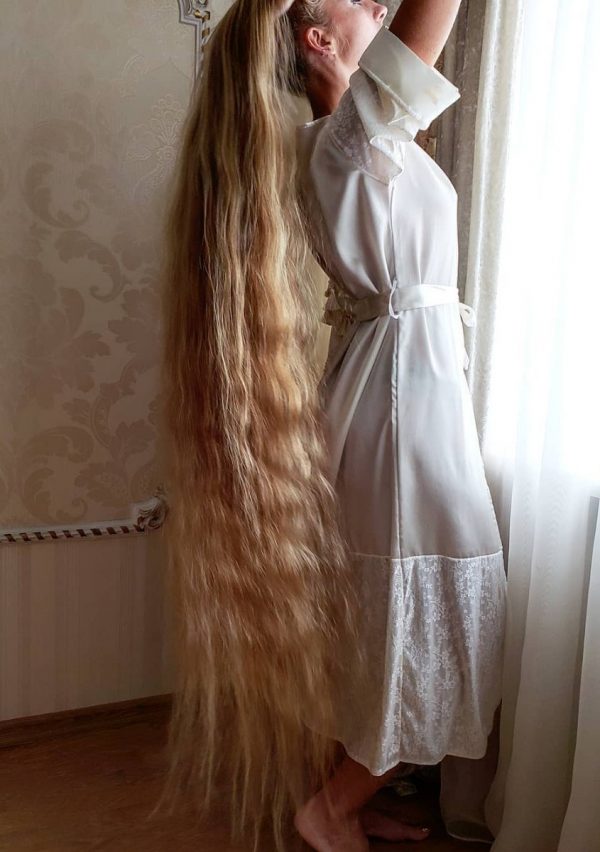 Alena’s two-meter-long hair may be seen as impressive, but nowhere near record-breaking. Her hair could be considered quite short when compared to the locks of people like Savjibhai Rathwa, whose hair measured 62 feet two years ago, or Asha Mandela, the woman with the world’s longest dreadlocks.

Saxon is a prolific writer with passion for the unusual. I believe the bizarre world is always exciting so keeping you up to date with such stories is my pleasure
Previous MIT Engineers Successfully Fly Airplane That Has No Moving Parts
Next Wealthy Business Man Madly In Love With Gold Jewelry Wears 13KG Of It Worth N198 Million Wherever He Goes, But With Five Bodyguards