An airplane has created a stir after suddenly turning back mid-flight because crew had forgotten to unload human heart at airport. 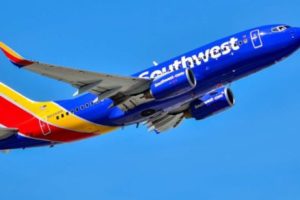 The Seattle Times reports a Southwest Airlines Dallas-bound flight was forced to return to Seattle last weekend because a human heart was left onboard.

On board the flight was a heart, which was being sent to a tissue processor to recover a valve for use in a future transplant.

But someone forgot to unload the heart before the plane left for Dallas.

When it was discovered as the plane passed over Idaho the captain announced the plane was turning back, telling passengers the reason behind the decision.

Andrew Gottschalk, who was a passenger on the plane, told the Seattle Times he and his fellow passengers were shocked by the news, but “happy to save a life”.

According to the Seattle Times, Dr Gottschalk said passengers were worried about whether the heart would still be viable for transplant.

Luckily the delay did not impair the heart’s usefulness, and no patient needed it imminently.
Southwest spokesman Dan Landson told the Seattle Times time was still of the essence.
“We made the decision to return to Seattle as it was absolutely necessary to deliver the shipment to its destination in the Seattle area as quickly as possible,” he said.

Deanna Santa of Sierra Donor Services in Sacramento, California, said the organ-procurement organisation sent the heart through a courier, who picked it up in Sacramento for shipment to Seattle.
The flight took off again for Dallas after a five-hour delay, with Southwest stating passengers had to change aircraft for the journey due to a separate “unrelated mechanical issue”.

Saxon is a prolific writer with passion for the unusual. I believe the bizarre world is always exciting so keeping you up to date with such stories is my pleasure
Previous Outrage As Russian Priest Violently Baptizes Two-Year-Old Girl (Watch Disturbing Video)
Next People Jump Out Of Cars to Scramble For Cash as Armoured Truck Leaks Money Over New Jersey Highway (Watch Video)