Home / Europe / World’s Most Expensive Chewing Gum Costs N36,000 For Just One, It’s Already Chewed By A Mega Star And Repackaged For Sale

World’s Most Expensive Chewing Gum Costs N36,000 For Just One, It’s Already Chewed By A Mega Star And Repackaged For Sale

You might call this a chewing gum but it’s not exactly what you think. This one is already chewed by a mega star and repackaged for sale making it the most expensive chewing gum in the world. 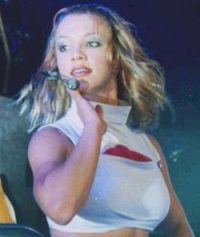 The world’s most expensive bubble gum has already been chewed and spat out by Britney Spears. As a matter of fact,  she does not even know those who picked the used gums she spat out. People seem to be following her from a distance waiting for her to spit out a gum. They then pick it up and clean probably as a priceless stuff used by their idol. Before you freak out, read about Britney Spears. You’ll find that she is really huge in the world entertainment industry. She is a mega star – singer, producer, actress.

The gums were repackaged and auctioned off to fans who would do anything to have something already used by Britney Spears, including an already been chewed, sticky bubble gum. The gums were sold for between $50 to $100.
The expensive chewing gum was part of a minor eBay trend in 2004 wherein sellers would claim that their offering had been chewed by none other than bubble gum pop star Britney Spears, according to mostexpensive.com.

To prove that the star chewed the gum, most listings would include a photo and a story of how the seller came to possess so prestigious an item as a gob of discarded chewing gum. Typically, the gums sold for between $50 and $100 (N18, 000 to N36,000).

Though one seller’s offering managed to reach a final price of $14,000, it was reported that he was the one who drove the price up by bidding himself. So he didn’t get the cash.

All the gums on sale were spat out by Spears, as claimed by those auctioning them, with one of them even adding that you should do a DNA test to confirm before paying him $1000 which he tagged the used gum.
There are over two dozen auctions of used chewing gum on eBay, each claiming their product has been spit out by the high-profile singer.
Though there is no way to verify the authenticity of the various chewed gums on sale, many postings include photos of a small piece of chewed gum, a copy of a ticket stub from the place of finding and a personal story of procurement. This is a way of proving that the gum was actually spat of by Spears who was used to spitting out gums either during her tours or while taking a walk.
One posting claiming to be the originator of the craze says the gum for sale was spat out in anger by Spears outside her Los Angeles home in early Augus 2004, report’s cbsnews. A picture of the gum, which was showcased to be sold for $26, accompanied the auction.
A seller from London who was asking $53 for a piece of gum obtained at Spears’ 2000 Wembley Arena concert, declares: “I have had this item for over three years and am only listing it because of the current interest in Ms. Spears’ habit for discarding gum!”
Brian Johnson of Mississauga, Ontario, had a posting asking for $1,000, claiming: “You could take a DNA test to prove this is the real deal.” Though he has since taken down the ad, Johnson told The Associated Press in an e-mail that he obtained the gum while working backstage at a Toronto concert in April.
“While I was holding the camera, I saw her spit it out,” Johnson said. “I thought it would be funny to bring the gum home and show some of my friends. They got a big laugh out of it.”
You might wonder why someone would pay money for a piece of used gum. Psychologist Joyce Brothers is reminded of the prices that people paid for the clothes and possessions of President John F. Kennedy and actress Katharine Hepburn.
“People want a piece of someone they like and admire,” Brothers told the AP Wednesday. “It’s like obtaining somebody’s halo.”

So you see, this is not just the ordinary bubble gum you know. Would you wish to chew bubble gum already chewed by a high-profile entrtainer you adore? Which mega star would that be?

Saxon is a prolific writer with passion for the unusual. I believe the bizarre world is always exciting so keeping you up to date with such stories is my pleasure
Previous Strangest Stories In 2018, Including Man Who Won Election One Month After His Death
Next Video of Rare Albino Deer In Ohio Goes Viral