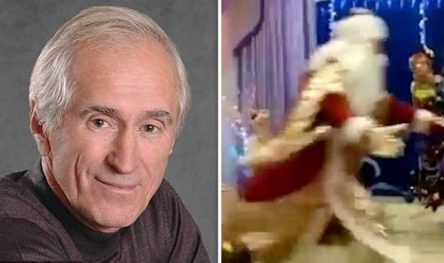 The New Year party at the kindergarten ended in a traumatic experience for the kids as actor impersonating Father Frost, the Russian counterpart of Santa Claus, experienced heart problems during performance after which he died, report’s rt.com.

The moods were festive at a daycare center in the Siberian city of Kemerovo. The children, all dressed up in costumes of bunnies and snowflakes, sang songs and danced around the brightly decorated New Year’s tree.

The 4-year-olds were a bit nervous to recite the poems they’ve learnt before Father Frost himself. But suddenly the guest of honor, wearing a white beard, a massive hat and a warm red-colored coat, felt sick.

The actor, impersonating Father Frost, “complained about pain in the chest” and collapsed, a witness of the tragedy said.

An ambulance was called, but the 67-year-old died in an emergency vehicle on his way to hospital.

The late Valery Titonenko worked as an actor at Kemerovo’s Music Theatre. He’s been a regular Father Frost at the kindergarten in recent years due to his grandson being in one of the wards.

In Soviet times, the New Year replaced Christmas as the main winter holiday and the tradition remains strong in modern Russia. As for Christmas, Orthodox Christians celebrate the birth of Christ on January 7 due to the difference between the Julian and the Gregorian calendars.

Saxon is a prolific writer with passion for the unusual. I believe the bizarre world is always exciting so keeping you up to date with such stories is my pleasure
Previous Company Creates Trousers Designed To Last 100 Years, Costs N232k For One
Next ‘Christmas Tree’ Erected In The Middle Of A Village As Gift To Residents Was Stolen From Cemetery – Police