Police in New Jersey has requested that those who picked banknotes that spilled out of the back of an armoured truck during rush hour traffic should return them willingly and charges won’t be filed against them. 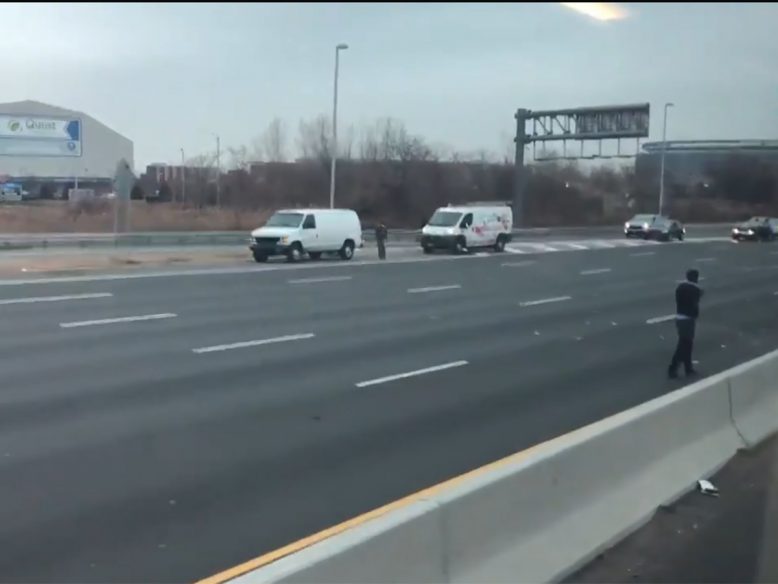 Recall that an amoured truck recently leaked money all over a New Jersey highway and people jumped out of their vehicles to scramble for the cash.

Police on Thursday said those who grabbed the spilled banknotes should return them, no questions asked, report’s Reuters.

East Rutherford police began receiving calls at around 8:30 a.m. EST (1330 GMT) on Thursday that cash was blowing out of the bullet-resistant truck and multiple vehicles had crashed after several motorists abandoned their cars to chase the money.

Videos posted on social media showed a Brinks armored truck with its hazard lights flashing on Route 3, about 10 miles (16 km) outside New York City, as people ran after bills blowing between cars and trucks on the busy roadway.

A person in uniform chasing the money appeared to be the truck’s driver.
Brinks did not immediately respond to a request for comment.
“This is super dangerous, everybody is just out there picking up money,” one woman said in a video posted on Twitter. (bit.ly/2LeRDh9)

As of Thursday evening, East Rutherford police said some cash had been handed over but did not specify the amount.

“We have had several individuals contact ERPD & return money,” police said in a tweet. “We would like to advise people if they have any money connected to this incident to contact ERPD at 201-438-0165 to make arrangements for its return with no charges filed.”

Saxon is a prolific writer with passion for the unusual. I believe the bizarre world is always exciting so keeping you up to date with such stories is my pleasure
Previous This Man Has Been Placing Scorpion On His Body To Sting Him For The Past Decade, Says It Wards Off Rheumatism Pain
Next Chocolate Factory Tank Spills and Turns Road Into Chocolate Highway