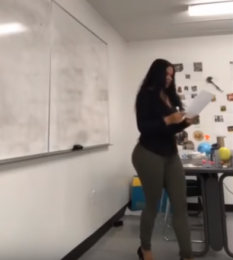 This is the viral story of how a who was allegedly sacked for having a big butt. People are still doubting the authenticity of this story, as some online users allege that the woman must have planted it herself to gain attention. Well, if that was her initial plan, then she succeeded. A viral video showing the lady in class flaunting her backside has been buzzing the internet since last week. This has raised controversial debate online as some say the woman is a distraction to students because of her indecent dressing in class while others say she owes no one any apologies for her dressing. 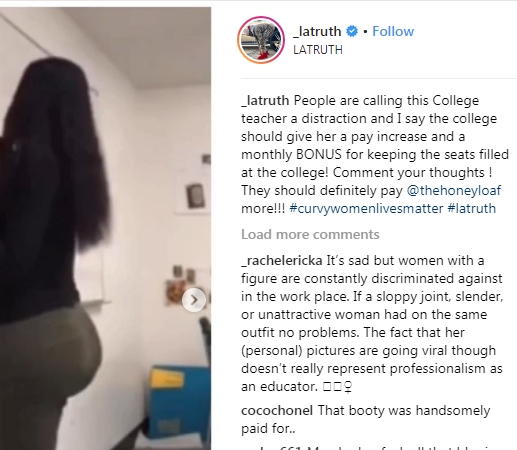 Someone even suggested the lady deserves a pay raise for making students come to class (reports have it that the class is always filled up whenever she arrives to teach).

If this lady is actually a teacher and she dresses this way to class, what is your opinion on that?

Saxon is a prolific writer with passion for the unusual. I believe the bizarre world is always exciting so keeping you up to date with such stories is my pleasure
Previous High School Student Injects Bible and Koran Verses Into His Body After Converting Them Into DNA Patterns
Next Most Expensive Live Fish In The World Costs N648 Million