A Chinese woman is currently experiencing a rare ailment which makes her unable to hear men’s voices.

The woman’s story recently went viral after she was diagnosed with a very rare form of hearing loss which leaves sufferers unable to hear low frequency sounds, like men’s voices.
The woman from Xiamen, on China’s east coast, knew something was wrong when she woke up one morning and realized that she couldn’t hear anything her boyfriend said. She had been suffering from nausea and ringing in her ears the night before, but figured that a good night sleep would make everything better, so she went to bed. But when she woke up the next morning, she was shocked by the realization that she couldn’t hear a word the man beside her was saying. 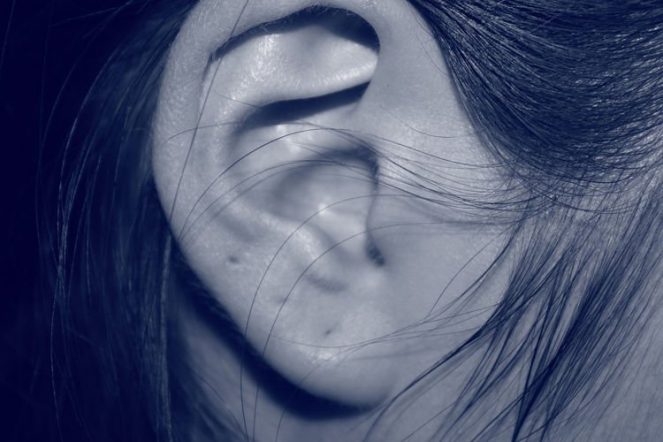 The woman, known only as Ms. Chen, was rushed to a local hospital where an ear, nose and throat specialist diagnosed her with a rare condition known as reverse-slope hearing loss.
“She was able to hear me when I spoke to her, but when a young male patient walked in, she couldn’t hear him at all,” Dr. Lin Xiaoqing, a female ENT specialist at Qianpu Hospital, told reporters.

Data show that reverse-slope hearing loss, or low-frequency hearing loss, only affects one in about 13,000 people with hearing problems, and it’s usually very difficult to diagnose because neither the sufferer nor the doctor knows can tell it exists. For example, some people are only unable to hear very low-frequency sounds, like the humming of a refrigerator, so it doesn’t really affect their day-to-day life. However, Ms. Chen’s case is an extreme one, as the condition left her unable to hear men’s voices as well as other low-frequency tones.

Dr Xiaoqing isbof the opinion that the patient’s reverse-slope hearing loss may have been stress-related, as Ms. Chen revealed that she had been struggling with fatigue due to working long hours and not getting enough sleep. Because she hadn’t suffered any other hearing problems before, the ENT doctor expects her to make a full recovery. Until then, the woman and her boyfriend will just have to text each other, or learn sign language.

Saxon is a prolific writer with passion for the unusual. I believe the bizarre world is always exciting so keeping you up to date with such stories is my pleasure
Previous Robber Attacks Woman He Never Knew Was A UFC Fighter, See What Happened Next (Video)
Next Man Disabled For Life After Selling Kidney To Buy iPhone