Home / Europe / Meet Biohacker Who Plans To Live Up To 180 Years, See What He Does

Meet Biohacker Who Plans To Live Up To 180 Years, See What He Does

A man who is described as one of the world’s oldest biohackers has perfected plans that will help him achieve his aim of living to at least 180 years.

Dave Asprey is mostly known as the man behind the “Bulletproof” lifestyle brand and the guy who came up with the idea of adding butter to coffee, but he’s also one of the world’s boldest biohackers. By constantly tweaking his diet and exercise, as well as experimenting with all kinds of new technology to improve his general well-being, Asprey expects to live to at least 180. 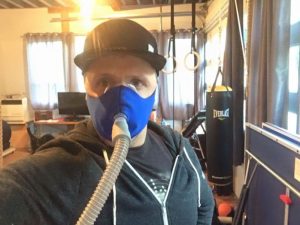 45-year-old Asprey’s quest to live longer than any other human in history started during the 1990s, when he was a young, overweight tech entrepreneur in Silicon Valley. He tried the standard ways of losing weight – lowering his calorie intake and working out for 90 minutes – but although he was stronger and healthier than before, he still weighed the same. So he stopped listening to doctors – who thought he was sneaking Snickers bars into his diet anyway – and started experimenting with less conventional options. This kickstarted his appetite for bio-hacking.
The first thing he did was try a low-carb diet he found in a bodybuilding magazine. He lost 50 pounds and learned that what he ate mattered more than how much he exercised. Then he ordered $1,200 worth of “smart drugs” from Europe which turned out to be surprisingly effective. So Asprey started spending his free time reading about these miracle substances and learning about their effects on the human body. But that was only the beginning.
Throughout his life, Dave Asprey has experimented with dozens, if not hundreds of unconventional diets, gadgets and regimens in a quest to optimize his health and overall lifestyle. He went to Tibet and learned meditation from the masters, started drinking a cocktail of supplements spiked with modafinil (a drug for “wakefulness”) and testosterone every day, and used an EEG machine to train his brain to be less reactive. And as time passed and technology advanced, his experiments only got bolder.
In a recent interview with Men’s Health, Dave Asprey revealed that a surgeon had just extracted half a liter of bone marrow from his hips, filtered out the stem cells, and then injected them into his joints, spinal cord and into his cerebral fluid. He also had some of those stem cells injected into his scalp and face for cosmetic purposes. The 45-year-old biohacker called it “the most extensive stem-cell treatment that’s ever been done on a person at one time”, but as to how effective it was, well, the jury is still out on that one.
But we already established that Asprey doesn’t care much about conventional medicine, nor does he have the patience to wait for doctors to finish all their clinical trials before approving a procedure. When you’re planning to live to be 180-years-old, time is of the essence, so the biohacker is skipping all the trials and trying everything out on himself.

To reach his super-ambitious goal, the 45-year-old is taking around 100 supplements a day, has stem cells injected into his body every six months, follows a very specific diet, uses a hyperbaric oxygen chamber, sleeps in a bed bathed in infrared light, uses an atmospheric cell trainer that reproduces the effect of climbing to the top of Mount Everest and dropping back down to sea level in a matter of minutes, and even wears yellow-lens glasses that allegedly filter out “the bad light”.

Asprey is also somewhat of a lifestyle and biohacking guru, and some of his critics have accused him of peddling products he is financially invested in to his legions of followers. It’s true that he owns the companies producing some of the gadgets and wellness solutions he promotes, including a $20-a-pound coffee brand that allegedly doesn’t contain the toxic mold that regular coffee is tainted with. But at least he lives by what he preaches, uses these products himself, and literally risks his life trying all kinds of crazy things.

Saxon is a prolific writer with passion for the unusual. I believe the bizarre world is always exciting so keeping you up to date with such stories is my pleasure
Previous Man Pleads Guilty For Attempting To Steal A Plane To Fly To Rap Concert
Next Thousands Of Catholics Sign Petition Against Giant Statue of ‘Friendly’ Satan Taking Selfie In Spanish City