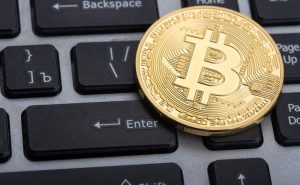 A Canadian cryptocurrency company, QuadrigaCX, is in serious trouble after its Chief Executive Officer, Gerald Cotton, the only one who had the password to customers’ bitcoin worth millions of dollars, died unexpectedly last December.

The company’s clients lose access to their funds without their digital keys. The company’s board of directors said last week it was seeking creditor protection.

The Canadian cryptocurrency company has been left with a bill of US$190mln in client holdings, most of which it says it cannot repay, after the only person with the password to its offline storage died unexpectedly.

Cotten, the exchange’s founder, passed away in India in December last year and was the only person who knew the password to the ‘cold storage’, an offline environment designed to protect stored cryptocurrencies from internet hackers.

In a filing with the Supreme Court in Nova Scotia, Jennifer Robertson, Cotten’s widow, said the exchange owed the sum in a mixture of both crypto and fiat money, but was forced to file for creditor protection as it could not access the storage.

Robertson said that Cotton had sole responsibility for handling the coins and funds which made up the exchange and that while she did have his laptop, the device’s encryption had yet to be broken despite attempts by a consultant.

The company did still have access to funds stored in its ‘hot wallet’, an online crypto storage that is more easily accessible but also more vulnerable, although Robertson said that only a small amount of crypto was stored there.

(With reports from proactive investors)

Saxon is a prolific writer with passion for the unusual. I believe the bizarre world is always exciting so keeping you up to date with such stories is my pleasure
Previous Insurance Agent Attempts To Scam Clients By Posing As Harry Potter’s Lord Voldemort To Threaten Them
Next Eco Record! 1.5 Million Volunteers Plant 66 Million Trees In 12 Hours Breaking Guinness World Record