Home / Europe / Top 12 Most Beautiful Cemeteries In The World

Top 12 Most Beautiful Cemeteries In The World

You might wonder why the aesthetic aspect of cemeteries should be considered at all. But some people see art and beauty in everything including final resting place. There are eye-catching cemeteries that you might find difficult to resist appreciating. You might say after all those buried there are not aware of their environment but the living appreciate beauty. Some cemeteries look scary while some others are in deed, beautiful.  Loren Rhoads wrote a book entitled 199 Cemeteries to See Before You Die. This list was picked from that text and first posted on Mental Floss. 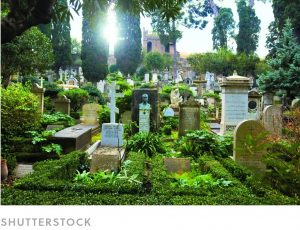 In the 18th century, the pope set aside a field near a Roman-era pyramid for the burial of non-Catholic foreigners. The young poets John Keats and Percy Shelley are buried here—the latter after he died at sea and was found on a beach with a book of Keats in his pocket. Near Shelley’s grave is a statue that has been copied around the world—the Angel of Grief Weeping Over the Altar of Life by William Wetmore Story. 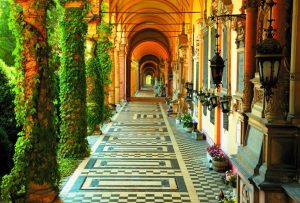 This cemetery was constructed on the estate of Ljudevit Gaj, a 19th-century linguist, at the foot of Medvednica Mountain. Austrian architect Hermann Bollé designed the interior of one wall as a neo-Renaissance arcade, now filled with memorial statuary. 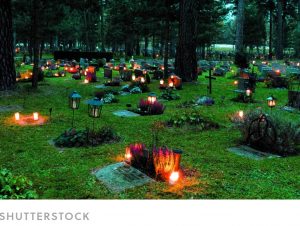 This burial ground was a collaboration between two of Sweden’s most famous architects, Gunnar Asplund and Sigurd Lewerentz, who transformed a former quarry into a beautiful site where modest gravestones are absorbed into the forest and meadows. 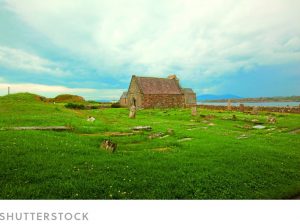 This island graveyard is considered the Westminster Abbey of Scotland—it’s the resting place of many Scottish, Irish, and even Norwegian rulers. The reilig (Gaelic for graveyard) lies beside Saint Oran’s chapel, which is home to a mysterious stone called Clàch Brath. Legend has it that when the stone is worn through, the world will end. 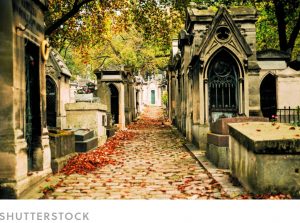 When it opened in 1804, Père Lachaise was a revolutionary cemetery—it offered a gravesite to anyone who could afford it, regardless of denomination, and allowed families to purchase burial space in perpetuity. Today the graceful monuments and many famous burials (including Oscar Wilde and Jim Morrison) make it the most-visited cemetery in the world. 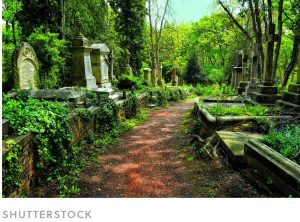 Highgate was envisioned as a garden cemetery where Londoners could escape the smoke and noise of the city. Despite suffering from neglect during the mid-20th century (when weeds and foxes took over the graves), today it fulfills its planners’ vision once again, and the graceful paths serve as a fitting resting place for some of England’s most illustrious dead, such as Karl Marx and Douglas Adams. 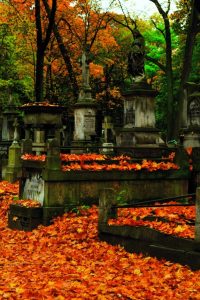 More than a million people may be buried in Powązki cemetery, although it’s hard to say for sure because burial records were lost in World War II. However, some of the most famous names in Polish arts and culture now rest there. Since 1975, celebrities have gathered at the cemetery each year on All Saint’s Day to raise money to restore the site. 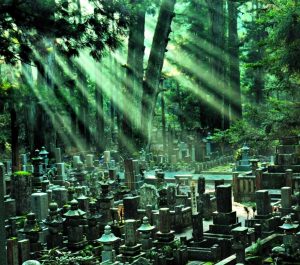 The largest burial ground in Japan, Okunoin Cemetery is home to more than 200,000 graves, marked with everything from traditional Buddhist monuments to a statue in the shape of a giant rocket ship. One plot that belongs to a pest control company is in memory of all the termites they’ve killed. Another area, the Hall of Lamps, is lit by 10,000 lanterns. It’s said that some have burned for 1200 years. 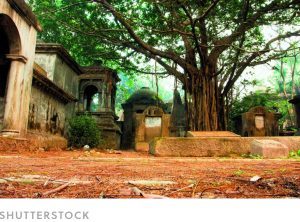 The British opened the South Park Street cemetery in 1767. For more than a century, it was the largest Christian cemetery in Asia—and an early adopter of the modern idea of a burial ground with individualized graves unattached to a church. Obelisks, pyramids, and mausoleums now jam the small cemetery, which is also rich in tropical vegetation. 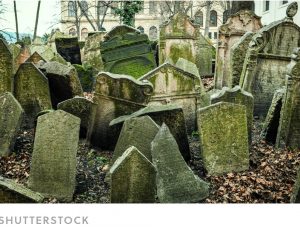 Founded in the early 15th century, this 2.5-acre cemetery served as the only Jewish burial ground in Prague for three centuries. It’s now 12 layers deep and covered by 12,000 surviving tombstones, although as many as 100,000 people are buried there. An adjacent museum tells the poignant story of Prague’s Jewish community. 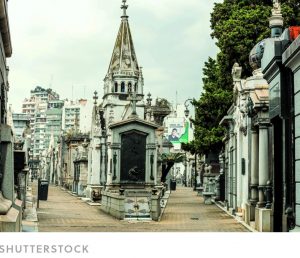 Once a vegetable garden tended by monks, Recoleta Cemetery is now the cemetery of choice for wealthy Argentinians, who have filled it with marble portrait sculpture inspired by European cemeteries. Eva Peron (a.k.a. Evita) was buried here in a tamper-proof tomb after her body went missing for 16 years. 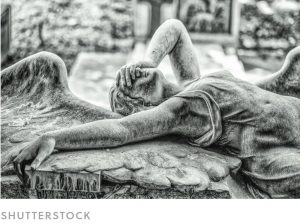 Spread over 250 acres, Staglieno is considered a kind of open-air museum, chock-full of one-of-a-kind marble artwork. Many of its sculptures were commissioned pre-need, so the living could enjoy them before being buried beneath them. One of the most famous (shown above) is a grieving angel carved by Onorato Toso around 1910 for the Ribaudo family.

Saxon is a prolific writer with passion for the unusual. I believe the bizarre world is always exciting so keeping you up to date with such stories is my pleasure
Previous Boys Looking For Hide Out To Smoke Marijuana Find Giant Tiger In Abandoned Building
Next Most Exotic Tombs In The World, With Complete Kitchen, Air-conditioning, Television and Bathroom! Chinese Cemetery In Manila 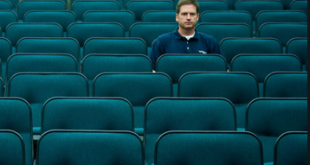 Russian Theater Performing For One Spectator At A Time 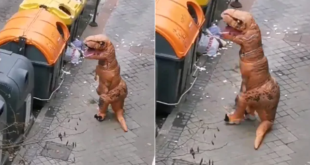 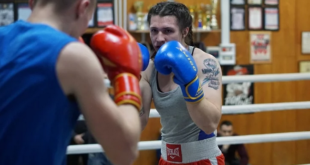 Meet Tatyana Dvazhdova, The Female Boxer Who Hid Her Gender So She Could Compete Against Men (Photos) 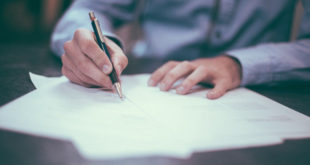 Meet Bernie Carroll, UK’s Most Opinionated Man Who Has Been Sending Angry Letters To A Newspaper Every Day Since 1978 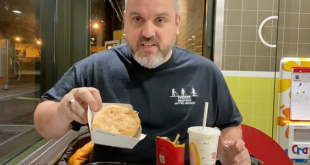 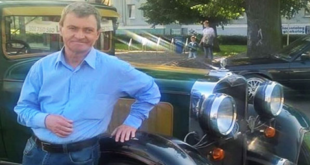 Meet Janusz Goraj, The Blind Man Who Regained His Sight After He Was Hit By Car

Residents of a Polish town, Gorzow Wielkopolski, are still stunned after a man they’ve known …