Home / Asia / Most Expensive Tyre In The World Costs N54 Million Each, Decorated With Gold And Diamonds

Most Expensive Tyre In The World Costs N54 Million Each, Decorated With Gold And Diamonds

This will surely amaze those who love classy things. Owning a classy car is not enough for the gorgeous but more satisfaction comes when parts of the car are extra ordinary, just like shiny car tyres decorated with diamonds and gold. 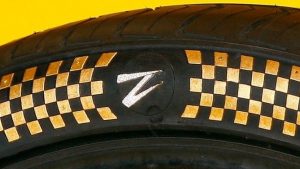 The most expensive set of tyres in the world cost $600,000, accroding to Guinness World Records.

A company from Dubai has set a new record for the world’s most expensive tyres according to Guinness World Records. The wheels are encrusted with gold and diamonds, with a set of four being sold for an exorbitant $600,000 (2.2 million dirhams).
The tyres were designed by Dubai’s Z Tyre and produced by a Chinese tyre factory, but their staggering price tag comes from their glittering embellishments. The tyres are decorated with 24-carat gold leaf work, done by the same craftsmen who are working on a new presidential palace in Abu Dhabi. Finally, Joaillier Prive, an artisan jeweller in Italy, added specially-chosen diamond stones to the tyres. 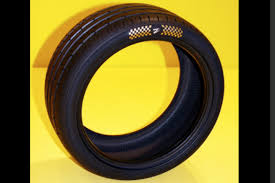 The profits from the sale were donated to a charity that focuses on improving access to education across the world, report’s Mashable.

The previous record for the world’s most expensive tyres was held by Michelin’s Bugatti Veyron tyres, which were priced at 10,000 pounds for a set of four tyres. Unlike these however, the Michelin tyres were valued for the Veyron rubber.

Saxon is a prolific writer with passion for the unusual. I believe the bizarre world is always exciting so keeping you up to date with such stories is my pleasure
Previous Country Where Celebrating Your Birthday In Public Is Illegal
Next Man Who Always Forgot His ID Card Tattoos It On His Forearm