It was end of the road for an Italian man who had faked inability to walk for 12 years just to collect disability pension. The man has been exposed for fraud. 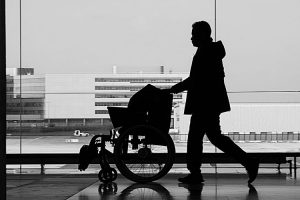 The Italian man went to great lengths to convince everyone that he had lost the ability to walk after being involved in a staged car accident 12 years ago.
The incredible story of Roberto Guglielmi, an Italian con artist who managed to fool everyone, including doctors, neighbors and even the Pope, that he couldn’t walk began over a decade ago. In 2007, he came up with a plan to pass himself off as a disabled person and collect the pension offered by the government, but he needed an accomplice to pull it off.

At the time, he had someone living in his home who was behind on rent, so he proposed to forget about the payment he was owed if his housemate would pretend to hit him with the car while he was crossing the street. The man agreed and everything went smoothly. With the help of a false medical document, Guglielmi was able to become a paraplegic, even though he could walk like a normal person.

What’s most remarkable about this tale of deception is the extreme lengths that the Florentine went to in order to deceive doctors during mandatory visits to confirm his disability. According to prosecutors, he would inject lidocaine into his legs to numb his muscles, undergo traumatic therapies and use a wheelchair whenever he left his home. For over a decade, no one suspected that he was actually a healthy person with full use of his legs.
Con artists usually avoid attracting attention to themselves, but Guglielmi was so confident in his ability to fool people, that he actually sought attention. In 2013 he famously staged a protest accusing the Florentine Democratic Party of preventing him from exercising his constitutional right to vote in a local election, and in 2014 he wrote a touching letter to the Pope, who actually telephoned him and then invited him to the Vatican. A 2015 photo shows Roberto Guglielmi kissing Pope Francis’ hand.

Gugliemi’s intricate scam scam finally came crushing down on him last week, after returning from a vacation in Togo. A former caretaker noticed that something was off about the seemingly paraplegic man and notified authorities. A team of detectives launched an investigation and discovered the man’s double life. Although he would always use a wheelchair in his home city of Firenze, whenever he went out of town, he walked like a normal person.

After capturing footage of Roberto Guglielmi walking on his own two legs, police finally arrested him upon his arrival at Firenze airport after a vacation in Togo. He had come down the airplane stairs on his own legs and was actually standing when they handcuffed him, although the Corriere newspaper  reports that he did have his wheelchair waiting for him in a car at the airport.
Italian prosecutors are accusing Roberto Guglielmi of aggravated fraud against the state and deceiving public officials. They claimed that he unlawfully received over 137,000 euros ($155,000) both in collected invalidity pension and unnecessary healthcare.

Although his decade-long deception is impressive enough, it seems Guglielmi had long had a habit of passing himself off as someone else in order to obtain favors.

After news of his arrest went viral in Italian media, several social media posts from people who interacted with him in the past revealed that he had posed as councilor, undersecretary, policeman and “friend of a general”.
Graziano Cioni, the former deputy mayor of Florence, wrote on Facebook that when he first met Roberto Guglielmi, in the early 2000s, he introduced himself as a captain of the carabinieri and the grandson of a general. Years later, when he saw him in a wheelchair, the conman claimed that he had been wounded in a firefight with criminals.